Sara and Erin Foster Shared a Sisters’ Night Out in L.A. 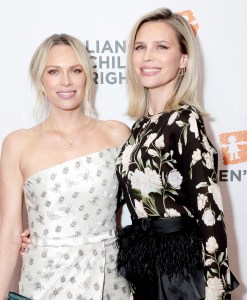 Celebs were out and about this week, from Sara and Erin Foster enjoying a sisters’ night out for a good cause, to Wiz Khalifa enjoying dinner in Boston, to Jaime King gifting Selma Blair with a beautiful bouquet. Read on to see more of what the stars have been up to!

— City of the Sun and Mama Juke performed at the New York Cares Rocks benefit concert at City Winery which raised money to help 500,000 New Yorkers.

— Migos will perform at the 42nd annual McDonald’s All American Games taking place on Wednesday, March 27, in Atlanta.