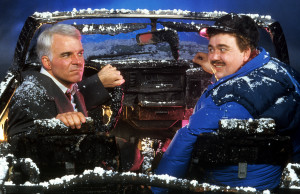 Gone but not forgotten. Ryan Reynolds paid tribute to John Candy with a special video on the 25th anniversary of the comedian’s death.

“It’s the 25th anniversary of John Candy’s passing,” Reynolds, 42, tweeted on Sunday, March 3. “We cooked up a small tribute to a comedic genius and Canadian hero. If you haven’t seen much of his work, take a look at his films. He was a treasure.”

It’s the 25th anniversary of John Candy’s passing. We cooked up a small tribute to a comedic genius and Canadian hero. If you haven’t seen much of his work, take a look at his films. He was a treasure. Thanks to @chriscandy4u and @therealjencandy. ?? pic.twitter.com/dHvuviKnBs

He added his thanks to the late actor’s children Chris and Jennifer Candy. Chris retweeted the clip, writing, “Thanks Ryan and your crew. This is lovely.”

Jennifer also shared the clip and tweeted, “Like I said before @VancityReynolds @ChrisCandy4u . This made me cry. It’s so amazing and sweet ! Thank you 25years tomorrow. Wow. He has so many people that absolutely love him , he was one of the best.”

Candy soon began trending on Twitter, with A-listers including director Guillermo del Toro sharing their love for the late star.  “I love John Candy and Planes, Trains and Automobiles is eternal,” the Oscar winner wrote. 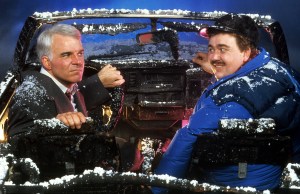 Steve Martin and John Candy sit in a destroyed car in a scene from the film ‘Planes, Trains & Automobiles’, 1987. Paramount/Getty Images

The almost two-minute-long clip shows scenes from some of the late actor’s best-loved films including Uncle Buck, Cool Runnings, The Blues Brothers and Home Alone. And the video features the 1985 song “Everytime You Go Away” by Paul Young, which gives the heartstrings an extra tug.

Candy died of a heart attack at the age of 43 on March 4, 1994, in Mexico, where he was shooting the film Wagons East!

Reynolds is also from Canada and has spoken about his admiration of Candy’s work in the past. In an interview with Mr Porter last May, he confessed his love for 1987’s Planes, Trains and Automobiles, which Candy starred in alongside Steve Martin. “I memorized that film verbatim,” he said.

He also included a tribute to the film and the late star in last year’s Deadpool 2. In one scene, his character, Wade Wilson, is reading a copy of The Canadian Mounted, the same book Candy was spotted reading in a scene in Planes, Trains and Automobiles.

He also referenced Home Alone while promoting Once Upon a Deadpool, the recut version of his hit film, in December, tweeting that it was “Almost like John Candy and Macaulay Culkin. But with kidnapping, chest hair and cash grab.”