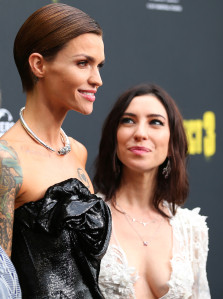 Good vibes only? Ruby Rose had to go on the defensive this weekend after her ex Jessica Origliasso accused her of harassment.

Rose, 32, commented on the upload shortly thereafter. “Congrats,” the Batwoman star wrote, adding a confetti emoji. “So happy for you both.”

Origliasso, however, did not appreciate her ex’s comment. “I have requested you not contact me for over 4months now,” the Veronicas singer replied. “You have been given my grace of being ignored on every other private platform, so the fact that you continue to ignore this here publicly under the guise of wishing me well, is continued harassment.”

Rose saw the comment and responded. “That is news to me,” she wrote. “Copy that. Good vibes only.” 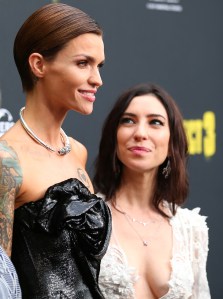 Rose and Origliasso announced their breakup in April of this year. “I’ve shared the past two years learning and sharing my life with an amazing human being,” Rose wrote on Instagram at the time. “An experience for which I am very blessed. Break ups are always incredibly hard on the people involved but I can only be grateful for the experiences shared.”

The Orange Is the New Black alum continued: “It’s with a heavy heart to share that Jess and I parted ways a few months ago. We still love each other very much, and I will always support her and be her biggest advocate.”

The former couple reportedly started dating after Rose appeared in The Veronicas’ music video “On Your Side.”

In February 2017, the Pitch Perfect 3 actress shared her thoughts on marriage and family in a Cosmopolitan interview.

“For me, marriage is more about equal rights than the act of getting married,” she told the magazine. “I’m more interested in having a loving, healthy, long-term relationship with someone I might want to have kids with someday.”