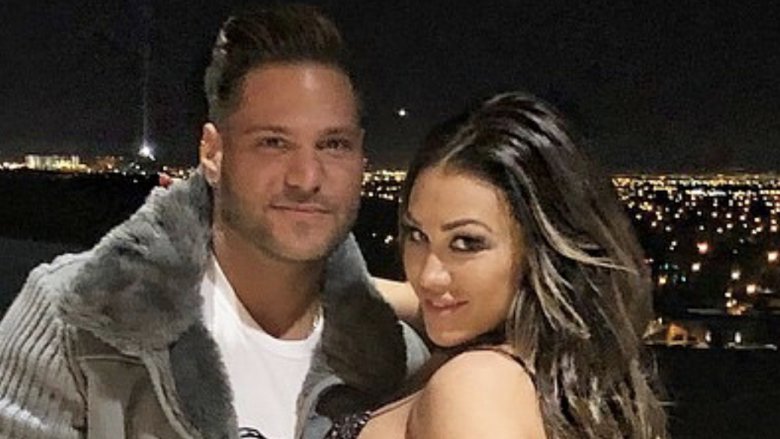 Something tells us that Ronnie Ortiz-Magro and Jen Harley are never getting back together.

TMZ reports that Harley was arrested and charged with domestic battery on Sunday, June 24, 2018. According to the celeb gossip rag, Harley and Ortiz-Magro started fighting while on their way home from a barbecue. Sources told TMZ that, at one point during their argument, Harley hit the Jersey Shore star in the face, causing him to demand that she pull over so he could get out of the car.

While trying to exit the vehicle, Ortiz-Magro reportedly “got caught” in his seatbelt. However, Harley allegedly continued driving and dragged her ex with her. Ortiz-Magro’s face was reportedly bloodied as a result of the incident.

Harley and Ortiz-Magro’s daughter, 2-month-old Ariana Sky, is said to have been in the car when the accident went down.

Harley was later booked at Clark County Detention Center and her bail was set at $3,000, as noted by People. She’s since been released from jail after posting bond.

Harley and Ortiz-Magro are no strangers to explosive fights. As Nicki Swift previously reported, Ortiz-Magro publicly bashed Harley on social media in late April 2018. “Note to self, can’t turn a natural born HOE, into a HOUSEWIFE, if you find them in the gutter then leave them in the gutter,” he wrote. “Not all people can be saved when they are so far gone. All you can say you did ur best and keep it moving.”

In an apparent response to the reality TV star’s diss, Harley shot back, “Can’t turn a coke head into a father! Yeahhh buddy.”

Given their history — and Harley’s arrest — we doubt the drama between these two will be over anytime soon.