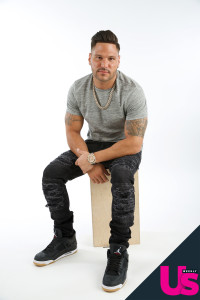 In a good place. Ronnie Ortiz-Magro sought help at Headwaters treatment center in West Palm Beach, Florida, the Jersey Shore star tells Us Weekly exclusively in the video above. He left the center after about a month on Friday, February 10.

“I decided to go to treatment because I wanted to be a better person, a better father for my daughter,” Otiz-Magro, 33, says, adding that he entered the facility for help with depression and alcohol abuse. “Eventually, all the bad decisions I was making were going to lead me to places that I didn’t want to be. I wanted to be led to the place that I am now – that’s happy, healthy and the best role model for my daughter.” 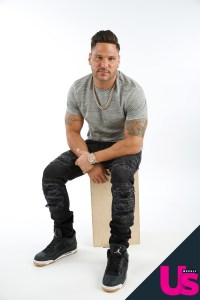 “I think it’s a chronic disease. It’s a progressive disease. I’m still struggling,” he said of his alcohol abuse. “You stop and you start up again, and it’s worse than when you stopped. You’re just like, ‘Wow, I thought I had this under control,’ but at the end of the day, it has full control over you.”

For more from Ortiz-Magro, watch the video above and pick up the issue of Us Weekly, on stands Wednesday, February 13.