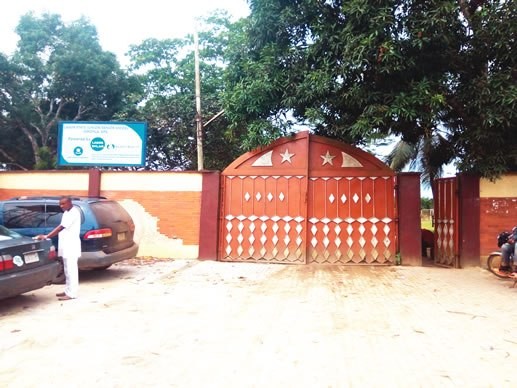 A bank agent, Ayodele Awodiran, aka AY, has been stabbed to death by some suspected robbers on Lambe Junction, Alausa village, in the Ifo Local Government Area of Ogun State.

The 38-year-old graduate of Economics of the University of Ado-Ekiti, Ekiti State, was attacked by an eight-man gang while returning home from work around 10pm on Sunday.

PUNCH Metro learnt that the assailants dispossessed the father of three of two Point of Sale terminals, an accounting record book, recharge cards worth N40,000, a cash sum of N200,000, and an Automated Teller Machine card.

When he reportedly identified one of the unmasked assailants as his next-door neighbour, the men were said to have stabbed him with screw drivers and knives and left him for dead.

Our correspondent learnt that the Esa Oke, Osun State indigene, was rushed to two private hospitals, but was rejected.

He was admitted to the General Hospital, Ifako, where he died.

A family friend, who begged not to be identified, said people were still mourning the loss when a series of alert on his phone indicated that N2.1m had been withdrawn from his bank account.

He said, “AY had POS terminals in his shop. Whenever people needed cash, they went to him with their ATM cards. He gave them the cash after charging a token like N100 or N200. He also sold recharge cards and he had some people working for him.

“He was going home on Sunday, May 14, when the okada (motorcycle) he was taking home was waylaid by armed robbers. The assailants, numbering eight, collected money from him. He also released his ATM card PIN code to them as well; but they still killed him.

“Two days after he died, the family received alerts of N2m on his phone.”

Our correspondent learnt that the management of his bank was informed of the development, just as the case was reported to policemen from the Ajuwon division.

Police operatives were said to have investigated the withdrawals, which led to the arrest of nine persons, including the chairman of the motorcycle riders’ association in the area.

The suspects allegedly confessed to the crime, saying they didn’t plan to kill Ayodele until he identified one of them.

Our correspondent gathered that the hoodlums said they had been monitoring the victim for sometime.

The motorcycle rider, who took him on the day of the incident, was reportedly planted by the assailants to aid their operation.

Ayodele’s neighbour, who was a member of the gang, was said to have suggested that he took the motorcycle home, which he agreed to, oblivious of the danger ahead.

The rider then took him through a route where the assailants were already waiting for him.

The victim’s widow, Bosede, who recently gave birth to their third child, said their marriage was barely five years when Ayodele was killed.

She said, “I was with him on that day. He asked me to leave with the kids around 9pm so I could prepare food for him. When I got home, I called his line, but he did not pick the call. I guess it was around that time that those people held him hostage before killing him. I want justice to be done. My husband must not die in vain.”

A community leader, Pastor Adewunmi Oyebode, urged the police to get to the roots of the case and prosecute the culprits.

Oyebode noted that resolving the murder would help to bring lasting peace to the community.