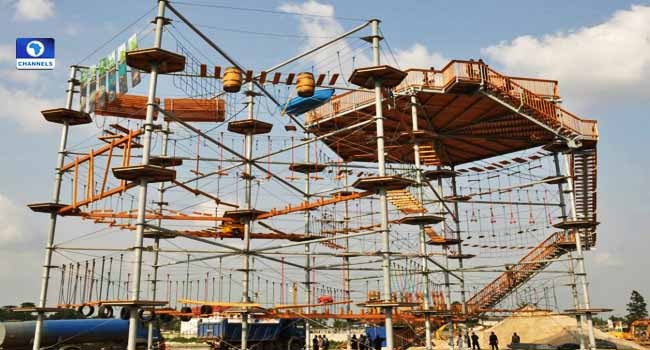 The Rivers State Government on Friday commissioned and unveiled the Port Harcourt Pleasure Park for public use in a grand ceremony that attracted thousands of Rivers people from all walks of life.

Speaking at the commissioning ceremony, Rivers State Governor, Chief Nyesom Wike, announced that a modern cinema would be constructed to complement the facilities at the Port Harcourt Pleasure Park.

He said that the park would attract tourists to the state and also generate revenue for its maintenance.

The governor explained that Julius Berger, which constructed the park would manage it for the next two years.

He stated that Dr. Odili was invited to commission the project because of his position as a father figure in the state’s politics since 1999.

He said all other elected governors of Rivers State either passed through or served Dr. Odili.

In his remarks, Odili, while commissioning the project, said the people of the state were proud of Wike’s accomplishments.

He praised the governor for delivering a world class international park which, according to him, will make the state a prime destination.

The former governor prayed God to grant Wike’s aspirations for living up to the expectations of the people.

“I have travelled to at least 26 countries, I have never seen anything like this. God will ensure that all your aspirations are realised,” Odili stated.