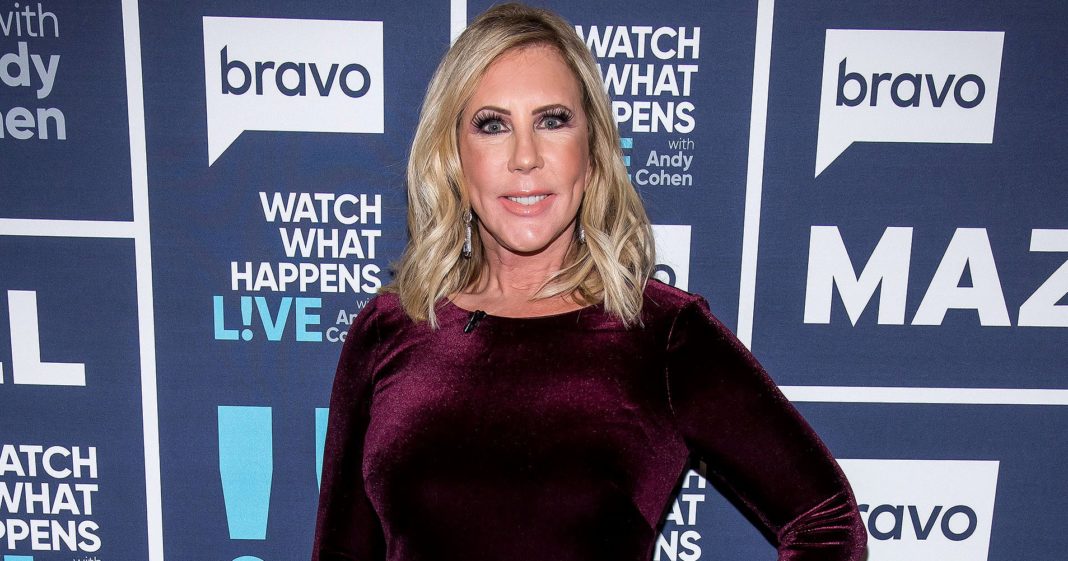 She’s back! Vicki Gunvalson was treated to a sweet bouquet of flowers following her first day filming season 14 of The Real Housewives of Orange County.

The reality star, 56, took to Instagram on Saturday, February 16, to show off the floral arrangement that Evolution Media had sent her and reveal that she was back in front of the cameras for the hit Bravo show. “First night of filming for me and @stevelodge_oc in the books,” Gunvalson captioned the video. “Season 14 @evolutionusa #bravo #rhoc.”

Gunvalson’s post comes exactly one week after she responded to fan speculation on Twitter that she had been demoted. “Unless you hear it from me, then it’s simply a rumor,” she tweeted on February 9. “I am in negotiations.”

A source told Us Weekly at the time that the RHOC veteran had “not filmed yet” though the rest of the cast began shooting earlier this month. An insider confirmed to Us that this season will bring on a newcomer named Braunwyn Windham-Burke from Laguna Beach, California.

Windham-Burke is the founder of a blog called Barefoot in Heels and is married to tech center Channelstars CEO Sean Burke. On her site, the newest member of RHOC refers to herself as “a globe-trotting mom to seven amazing kids.”

It was uncertain who would be returning for the upcoming season of RHOC after tensions rose during a reunion episode in November 2018 when Gunvalson accused costar Kelly Dodd of doing cocaine. (Dodd, 43, denied the claims at the time.)

Though the two ultimately called a truce during the special, Dodd later threatened to leave the reality series if Gunvalson remained a castmate. “If they don’t do something to Vicki how could I go back … I’m not going to sell my soul for this ratchet liar!” Dodd wrote in the comments section of an Instagram post in November.