Residents of Houston Texas line up to fill containers from a public tap as power outage extends for days, making it impossible to supply water to homes 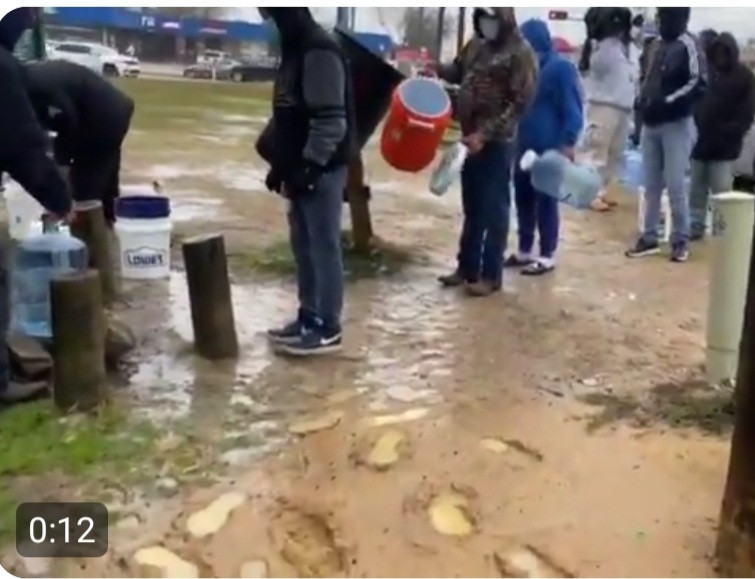 Footage from Houston, Texas, shows residents lining up at a public tap to fetch water, something most have said they never thought they’d do in a lifetime.

Due to a winter storm, there has been a power outage in certain parts of Texas for some days now.

As a result of the power outage, water treatment plants are unable to supply water to homes. Also, there is the issue of broken pipes due to the winter freezing the water.

Many homes are without water and the few that still have water supply have been issued a boil water advisory because the water out of their tap comes in ice form.

Unfortunately, there is no power for them to use in boiling the water since most rely on electricity for heat generation.

Residents say they have been forced to cook their meals using candles. Some have to poop in polythene bags since there’s no water to flush (read here), and many now have to line up in the freezing cold to fetch water from a public tap.

Sharing a video of residents lining up to fetch water, ABC 13 host, Erica Simon wrote: “This is not a third world country. This is Houston, Texas. I spotted a line of people filing up buckets of water from a spigot at Haden Park. Why? Millions either have no water or are under a Boil Water Advisory.” 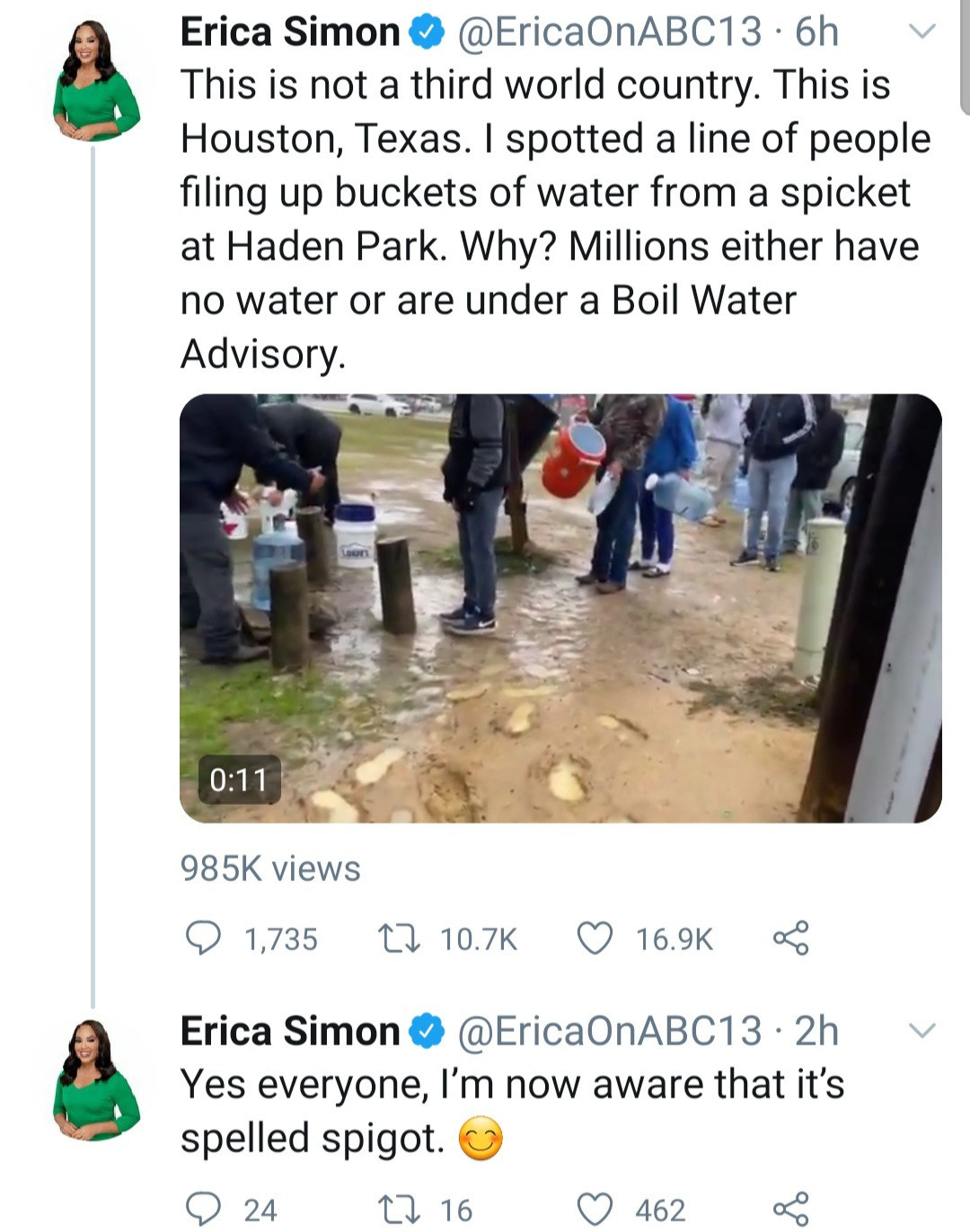