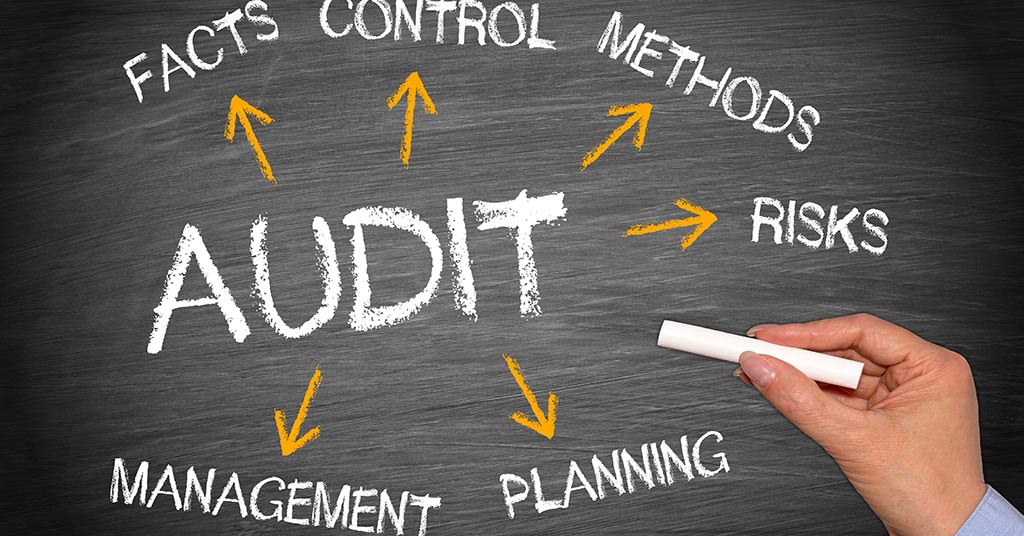 The word audit can strike fear into a person’s heart. But the truth is, the IRS only audits a minimal number of tax returns, and usually, it’s satisfied by providing the documentation to back up your figures. This is why organizing and holding on to your relevant records and statements is so important.

When you are ready to pay your taxes, you may be concerned about making a mistake or doing anything else that could trigger a tax audit from IRS. While most of us have earnings that fall well below a million per year, there are still some red flags that are more likely to trigger an audit, especially for small business owners.

Here are a few common tax audit triggers for you to watch for when preparing your annual tax return.

You Triggered the Computer Algorithm

The IRS processes so many returns each year that most disparities are flagged by the tax agency’s algorithm rather than human eyes. The computer system that processes returns is programmed to look for certain types of unusual claims, large deductions, shared dependents, and other questionable items.

The computer algorithm scans every tax return the IRS receives and looks for things like duplicate information—maybe two or more people claimed the same dependent and deductions and credits that don’t make sense.

In general, the IRS is more interested in auditing higher-income taxpayers. They will not waste their time on an audit unless agents are reasonably sure that the taxpayer owes additional. This puts a focus on high-income earners.

When people earn more than $1 million each year, the likelihood of being audited rises substantially; in most cases, people with high incomes often have multiple income sources and more complex returns, making several audits triggers more likely. Perhaps unexpectedly, people with meager incomes are also more likely to be audited. Here, they are more interested in questionable tax credit claims or excessive deductions to lower an originally higher income.

Not Reporting Your Correct Income

Under tax law, companies and individuals that hire you must report your pay both to you and to the IRS. Therefore, the IRS receives copies of all of the W-2 and 1099-MISC forms filed by companies for employment and freelance work, as well as 1099s for interest and dividend income. If you don’t report all of the income the IRS already knows that you have, this could show up as a clear discrepancy in the IRS’ automated system.

With very few exceptions, all income you receive is taxable and must be reported, including tips, the cash you were paid for servic.es.

You Spent or Deposited a Lot of Cash

If you make large cash deposits in your bank account, these large cash transactions may raise questions for the tax agency, especially if you generally report a lower income. If you use a Schedule C when filing your taxes and report mostly cash income and losses, the IRS may have extra scrutiny to see if you are overstating your expenses.

The idea is to thwart illegal activities. A side effect is that you should expect the IRS to wonder where that money came from if you deposit a lot of cash for some reason, particularly if your reported income doesn’t support it.

The IRS will be notified if you make a large deposit over this amount. You should be prepared to show how and why you received that money if you file a tax return.

You Claimed a Lot of Itemized Deductions

The IRS expects that taxpayers will live within their means. You earn, you pay your bills, and maybe you are lucky enough to save and invest a little money as well. It can trigger an audit if you’re spending and claiming tax deductions for a significant portion of your income.

Itemized deductions are important for many people, especially those with complex tax returns and small businesses.

This tax trigger typically comes into play when taxpayers itemize. If you claim that you spent a great deal on mortgage interest when you don’t earn enough based on your reported income to qualify for such a large mortgage, that scenario will raise questions as well. Also, if you claim large charitable deductions, the IRS may want proof of those donations. They do not expect that you will grant large percentages of your income to charity each year so that the IRS may be skeptical about large donation claims.

Your Hobby as a Business

Having a small business can open up an array of additional tax deductions, and a whole lot of tax rules determine the distinction between a business and a hobby.  However, many people have hobbies that might bring in some income from time to time and carry substantial expenses. In general, the IRS expects you to profit from your small business for three out of every five tax years of operation.

Most times, the IRS won’t consider your enterprise a business if you don’t depend on the income to make ends meet or devote the necessary time, effort, and money to maximizing your profits. In other words, you have to really work at it for a significant amount of time each day. You’ll need records to prove this if you’re audited.

You Run a Cash Business

Businesses that fall into this category include salons, restaurants, bars, car washes, taxi services, etc. The government assumes that these cash business owners can easily stuff $50 bills into their pockets and forget about them when paying tax.

There is usually an audit trigger if your lifestyle is such that your reported income isn’t significant enough to pay all your bills.

You Have Assets or Cash in another Country

This is a big one. The IRS is particularly interested in taxpayers who have assets and cash stashed in other countries, particularly in nations with more favorable tax laws.

While the tax agency isn’t alt interested in small accounts held by people living overseas, it is definitely interested in cracking down tax evasion and avoidance in offshore accounts.

You File For the Earned Income Tax Credit (EITC)

Claiming the Earned Income Tax Credit is an automatic audit trigger, but you probably won’t even know that the IRS is reviewing your return.

The Earned Income Tax Credit (EITC) is an important credit for many lower-income taxpayers, and the amount to which you are entitled grows along with the number of dependents you have. Because this is a refundable credit, you can receive a cheque from the IRS if you have a tax overpayment with the EITC in mind. This means that EITC claims are more likely to be subject to an audit.

What to Do If You Get Audited

1. Look for a letter/Mail, NOT a phone call

While IRS letters can be somewhat confusing, they will tell you exactly what you need to provide. The IRS will ask for documentation of records that they might require. This could include receipts, bills, legal papers, canceled cheques, tickets, medical or dental records, loan agreements, employment documentation, and more.

You may not have to provide all the documentation you used to file your taxes, but you’ll need to support the credits or deductions that you claimed on your tax return. The notice you get from the IRS will tell you exactly which records you’ll need.

3. Respond to all notices in a timely fashion

Each notice you get from the IRS will include a timeline for your response. Be sure to respond to the IRS as quickly as possible. If you end up owing money due to your audit’s outcome, your interest owed will keep adding up. The longer you take to respond, the more money you’ll have to pay.

It’s important like I noted above, to fulfill the IRS’s requests as soon as possible. When you have unpaid taxes, whether because you haven’t filled or because of a mistake discovered during an audit, you are charged interest on the unpaid tax from the return date until you pay it off in full.

However, if you do need more time, you can ask for it. Normally, they give a 30-day extension without much effort from you. But if you need more time beyond that, extensions are granted on a case-by-case basis.

If your audit is being conducted in person, you’ll need to connect with your auditor or your auditor’s manager to get an extension.

You have a right to be represented by an authorized representative when it comes to a tax audit. 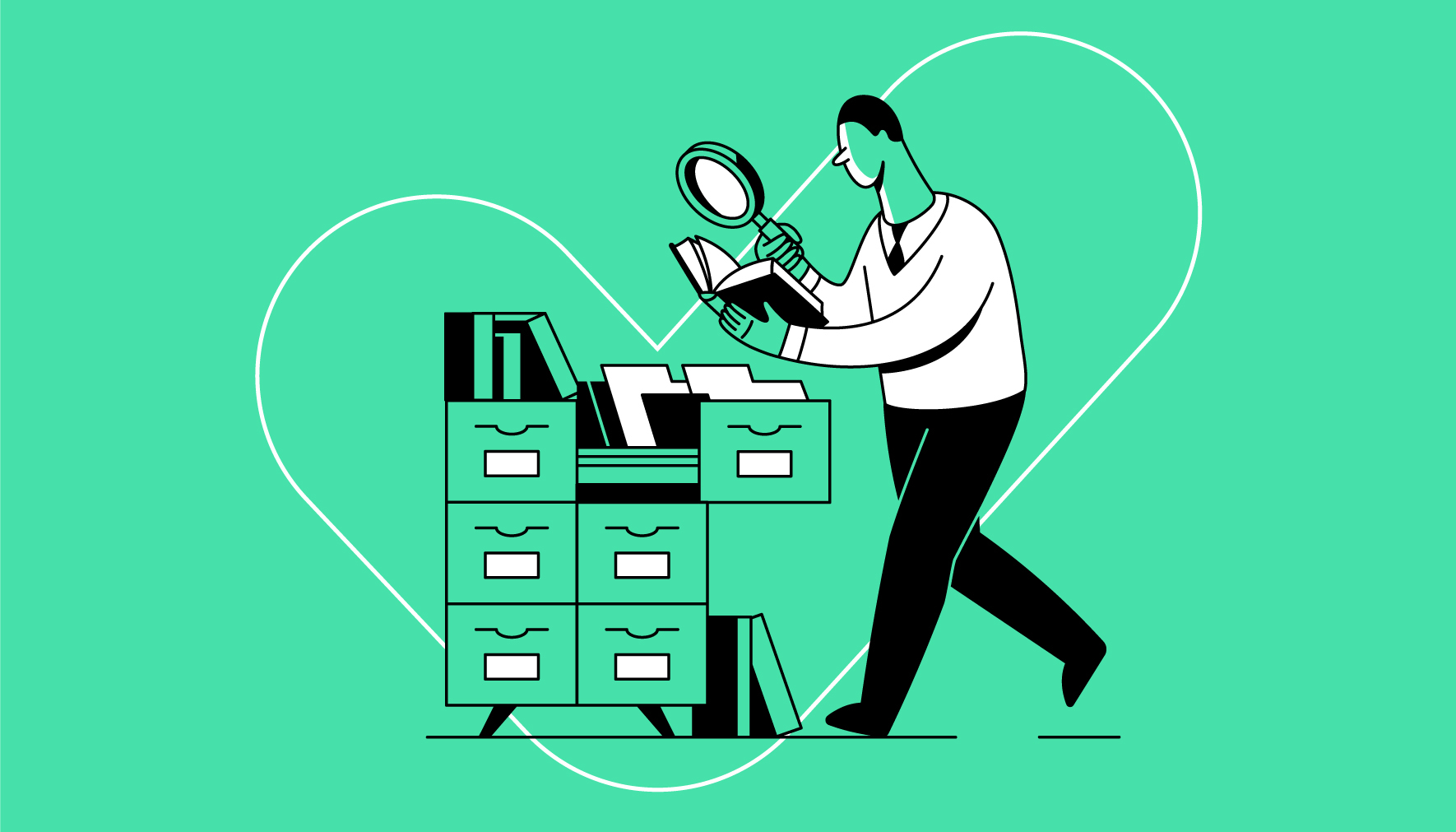 But should you pay a professional to help with your audit? That likely depends on how complex the problem is and what other assistance you have available. Depending on how you filed your taxes, your filing service may provide some assistance.

First, my advice is to see what resources are already available to you, whether through your tax preparation software or other avenues. Then, if you’re still struggling to come up with the proper documentation or if you disagree with the audit’s findings, consider hiring additional help.

7. Pay up quickly if you owe

If you get to the end of an audit or an appeals process and you owe money, make arrangements to pay it as quickly as possible. Remember, the longer your balance is outstanding, the more you’ll owe in penalties and interest.

Your best bet is to pay the balance in full as soon as your audit is concluded. But if this isn’t possible, contact the IRS as soon as possible about getting on a payment plan.

While the word “audit” strikes fear in many’s hearts, it doesn’t need to be terrifying. Just remember that a very, very small fraction of individuals will have their returns reviewed, so the odds are with you.

For those who are audited, you may not have even done anything wrong — it could have just been the luck of the draw. Submit any requested documentation to support your return as soon as possible. Utilize any resources that your filing software may provide, and be sure to respond promptly. If you do end up owing, pay up quickly to avoid extra interest.

The chances of getting audited are pretty slim. If you’re one of the unlucky ones, though, know that you’ll be alright. Hopefully, these steps will help get you through the process!

Have you ever had your tax return audited? What was the outcome, and was it as bad as you’d feared?