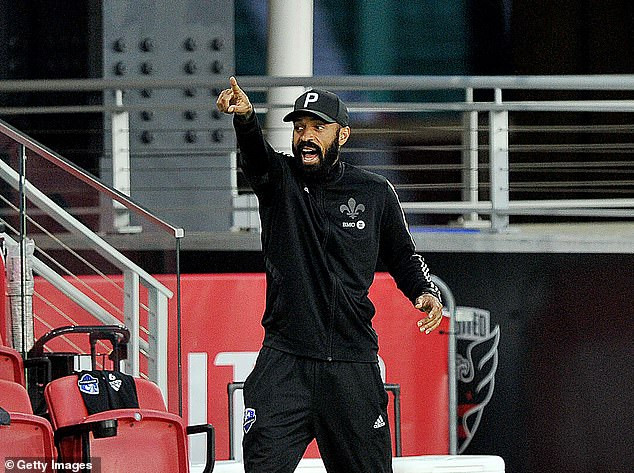 Arsenal legend Thierry Henry has reportedly been lined up as the next Bournemouth manager, and it is understood he is open to the role.

The Championship club ramps up their attempts to fill a position vacated by Jason Tindall, who was sacked after six months following four straight defeats.

The 43-year-old Henry is the head coach of the MLS side CF Montréal. He has previously managed Monaco and been on Roberto Martínez’s coaching staff with Belgium.

Henry signed a two-year contract with Montréal in November 2019, but Bournemouth wants to speak to former France international.

Former Huddersfield manager David Wagner is thought to have been interviewed, while Henry’s former Arsenal teammate Patrick Vieira was also linked with the vacancy.

Henry began his coaching career with Arsenal’s youth teams before becoming Roberto Martinez’s assistant with the Belgium national team. He left Belgium to take his first head coach role at his former club Monaco in 2018 but was sacked after three months in charge, having won only two league matches.