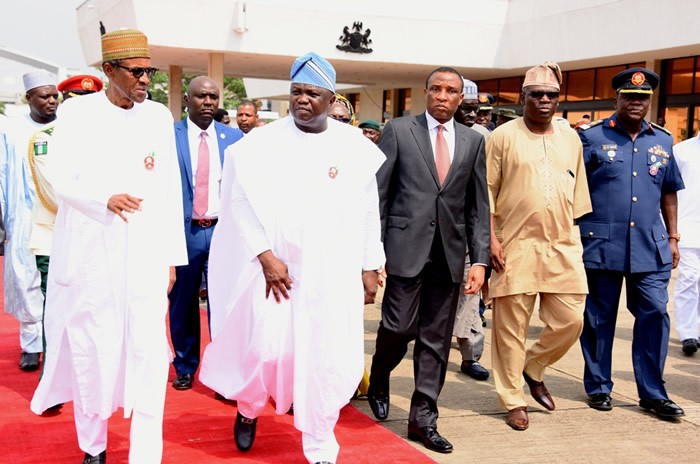 Residents of Ijeshatedo, Lagos State, have lamented the delay in the prosecution of the Divisional Police Officer in the area, Yakubu Mohammed, who allegedly shot dead a 23-year-old tailor apprentice, Jamiu Ayoade.

They appealed to the police authorities not to sweep the case under the carpet, just as a relative of the deceased said the family had been inundated with appeals from community elders, adding that they were under pressure to withdraw from the case.

PUNCH Metro had reported that the DPO, around 7.30pm, on Sunday, May 7, led some policemen to Wosilatu Daudu Street, Ijeshatedo, where Ayoade was attending his friend’s birthday party.

The operatives, who raided the area, shot into the air to disperse the gathering.

Yakubu reportedly chased Ayoade and other fun seekers into a building and shot him in the head at a close range. The 23-year-old was said to have bled to death while he was being taken to the Lagos University Teaching Hospital, Idi-Araba. One Akeem also sustained a gunshot injury in the hand.

The command subsequently arrested and detained the DPO.

During a meeting with senior officers at POWA Secretariat on Tuesday, May 16, the state’s Commissioner of Police, Fatai Owoseni, had said Yakubu violated rules of engagement during the raid on the area.

He had said, “I don’t know what he was thinking that could have made him (the DPO) to shoot at somebody in the crowd. He would be arraigned in court; no doubt about that. For any civilian that is killed unjustifiably, my emotion can’t take it. I feel the pain of the family of that boy. Why should I defend anybody that kills?

“There are administrative processes to be followed, which are almost complete. Probably, it will be completed by the end of this week (May 20) and the DPO will be arraigned in court.”

A resident, Jelili Bakare, who spoke with our correspondent on Wednesday, said investigation into the case was slow despite the evidence available to the police.

He said, “The last thing I learnt was that his body would be exhumed for investigations. That was three weeks ago. We were told at the State Criminal Investigation and Intelligence Department, Yaba, that necessary evidence was available and that the exhumation could be avoided.

“The police are slow about the investigation. If it were to be a civilian that killed a policeman, quick action would have been taken.”

The deceased’s friend, whose birthday was being marked when the incident happened, Abubakar Animashaun, said he had yet to fully recover from the shock of the death, noting that the cruel way that Ayoade was killed called for quick justice.

He said, “I have not heard of any development about the case, but we were told that the DPO is still in detention. Justice must be done accordingly, and on time.”

A relative of Ayoade, who did not want his name in print, said some elders in the community had been begging on behalf of the DPO to let go of the matter. He added that he had tried to exercise restraints on the case for security reasons.

The brother said, “What we are all interested in is justice, but if it is not served, God will judge. Some community leaders are begging us on behalf of the DPO and some people are being sent by the police, but we have turned down their pleas. The pressure is much; we told them to let the police do their work.”

When asked why the DPO had yet to be arraigned, the spokesperson for the Lagos State Police Command, ASP Olarinde Famous-Cole, replied in a text message.

He said, “Just like the CP said, when investigation is concluded, the DPO will be arraigned in court.”