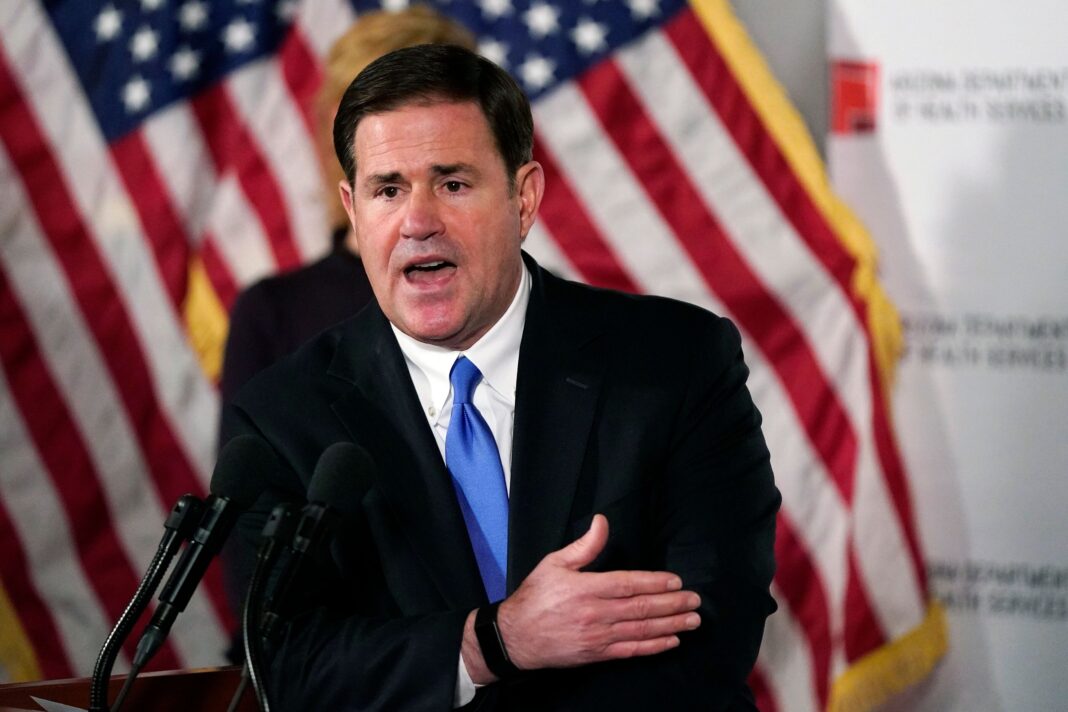 Republican Arizona Gov. Doug Ducey met with his Democratic successor Katie Hobbs on Wednesday, offering his congratulations for her win and pledging to work with her to ensure a smooth transition.

Lake has so far refused to accept defeat, calling the race a “botched election.”

Ducey through recognized Hobbs’ victory, saying the contest was a “hard-fought race.”

“Our duty is to ensure that Arizona’s 24th Governor and her team can hit the ground running and continue our state’s incredible momentum,” Ducey said in a statement posted on his website.

He continued: “All of us have waited patiently for the democratic process to play out. The people of Arizona have spoken, their votes have been counted and we respect their decision.

Term-limited Ducey had endorsed Karrin Taylor Robson in the Republican primary over the summer but backed Lake in the general election.

Even though Hobbs, Arizona’s secretary of state, won by a margin of over 17,000 votes, Lake has resisted admitting defeat, calling for a recount in the state’s Maricopa County. Lake seized on technical difficulties reported in 70 polling places in the county due to defective printer settings to falsely claim the issues disproportionately affected conservative precincts but this was found to not be true. Voters were also given alternative ways to cast their votes.

Ducey certified now-President Joe Biden’s win in the state during the 2020 presidential election, calling the state’s election system “strong,” despite pressure from Trump who pushed false claims of voter fraud.