Renewed crisis brews in PDP over dissolution of Anambra Exco 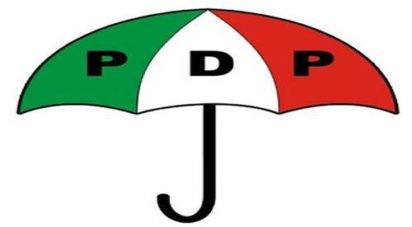 The National Caretaker Committee was said to have dissolved the elected Ken Emekayi-led Ananbra Exco allegedly without adequate consultation with stakeholders from the state and in spite of caution and pleas from the PDP Anambra state Caucus in the House of Representatives, who noted that such would be against the party’s interest in the state, especially with the on-coming governorship election.

Stakeholders in the state are worried about the development especially as the dissolved Exco had already commenced activities in preparation for the November 18, 2017 governorship in the state.  The dissolution was also said to have caused jubilation in the All Progressives Grand Alliance (APGA)-controlled Anambra state Government House.

The Anambra state PDP House of Representatives’ Caucus had in a letter dated July 27, 2017 and submitted to the National Caretaker Committee earlier that day, cautioned it not to be misdirected to take a wrong decision, adding that the Anambra issue was the “first litmus test or key assignment facing the reinforced National caretaker committee”.

The Caucus pointed out that the Prince Ken Emekayi-led Anambra Executive was legitimately elected “with more than 70% consensus across the state,” adding that any move to dissolve the elected executive and install a caretaker committee in the state would “raise dust that would not settle soon, divide the party and create an undue advantage to our adversaries”.

“As a caucus, it is our humble call and prayer to all who love and support our great party to sheath their swords as election time is not best favourable time to actualize a dissolution and or a caretaker, but a time for forgiveness, and reconciliation, unity, re-mobilization and onward together to win the election ahead”, the caucus said while assuring of its loyalty to the national leadership of the party.

Meanwhile the dissolution of the Anambra PDP Executive was said to have sparked off jubilation in the Anambra state government house.

A source in the party said the jubilation is already triggering fears that the party is being deliberately impaired ahead of the Anambra governorship election.