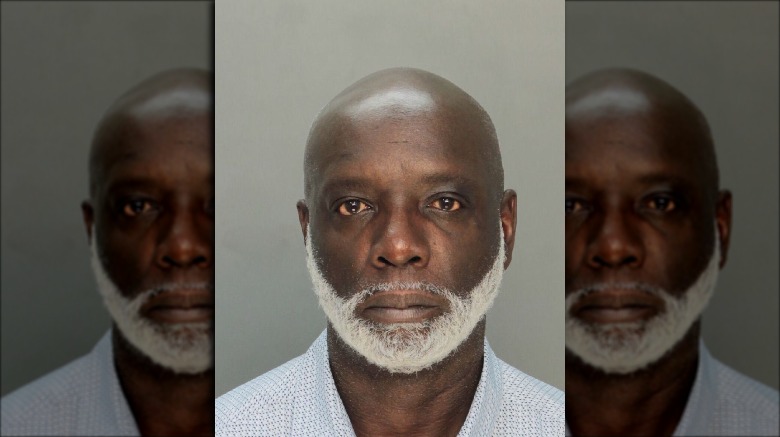 Peter Thomas of The Real Housewives of Atlanta fame recently found himself behind bars.

TMZ reports that the businessman-turned-reality TV star was arrested after arriving at the Miami International Airport on Friday evening, March 1, 2019.

According to police sources cited by the gossip rag, the state of Louisiana reportedly issued a fugitive warrant for Thomas’ arrest on the grounds that he allegedly wrote fraudulent checks. As reported by WPLG Local 10, Thomas had been traveling to Florida for the grand opening of his new nightclub in Miami Beach, Fla.

At the time of this writing, further details surrounding the 58-year-old’s arrest have yet to be revealed. However, Thomas, who is currently being held by the Miami-Dade Police Department without bond, has since released a statement on the matter to USA Today. While confident that he’d be “acquitted from any wrongdoing,” Thomas claimed that allegations made against him were false.

Just a day before his recent legal trouble, Thomas shared a video of himself on Instagram from New Kingston, Jamaica. “Making deal with my people,” he wrote to his 615,000 followers. “BIG THINGS COMING. #mademen #jamaica @sportsoneclt @cluboneclt.”

Readers may remember that Thomas was previously married to fellow RHOA star Cynthia Bailey. However, the two called it quits in 2016 after six years of marriage, according to Us Weekly. While Bailey’s family did not get along with Thomas, their divorce thankfully proved to be amicable, and the formerly married pair appear to have remained friends.

“I’m really pleased with the way we handled our divorce,” Bailey, 52, later told People magazine. Noting that they were in a “great place,” she continued, “I did not want to be mean, or ugly, or ratchet about it. I chose to be in my marriage. I was happy for many years in my marriage and a lot of great things came out of my marriage. I’m good, we’re good.”

For her part, Bailey initially swore off getting remarried, telling Us Weekly in 2016, “I couldn’t give up Cynthia Bailey to be Cynthia Bailey Thomas. I was in love with Peter, but I’m just not wife material. I will never be in a relationship again where it will take a lawyer for me to walk away. I will never marry again.”

However, her current relationship with 48-year-old Fox sportscaster, Mike Hill, has apparently changed the television personality’s mind. During her January 2019 appearance on Watch What Happens Live with Andy Cohen, Bailey revealed that the lovebirds discuss marriage “all the time.” She added, “I can confidently say that Mike and I will be getting married.”

While catching up with Bravo’s The Daily Dish just last month, Bailey compared her new beau with her famous ex, saying, “Mike is different in a way that he’s nothing like either of my exes … Peter was his own person.”  She further explained, “Peter and I definitely bumped heads a lot. We were compatible, but we were not as compatible, for sure.” Ultimately, Bailey went on to note, “If I can’t make it with Mike Hill, then I’m just meant to be single for the rest of my life.”

As of this writing, Bailey has yet to publicly comment on her ex-husband’s recent arrest. However, the former couple’s Real Housewives co-star Nene Leakes was questioned about the matter during her Sunday, March 3, appearance on Watch What Happens Live. “Now that you’re telling me, my reaction is, ‘Wow!'” she told the titular host. While Leakes remained mostly tight-lipped on the arrest itself, the reality TV star simply added, “I love Peter.”

Of course, Thomas isn’t the only celeb in the Real Housewives sphere to face legal trouble in recent months. Readers may already be aware that Joe Giudice of The Real Housewives of New Jersey faces being deported back to his native Italy when his 41-month prison sentence for mail, wire, and bankruptcy fraud ends on March 14.

During the series’ recent season nine reunion, his wife, Teresa Giudice, revealed that she may leave her husband if he is indeed forced to leave the United States. “I hope that’s not a decision to make, but to pick up my children and just move to another country, I don’t think that would be good for my children,” she told host Andy Cohen (via The Daily Dish). “So, I mean, so, no, I probably wouldn’t.”