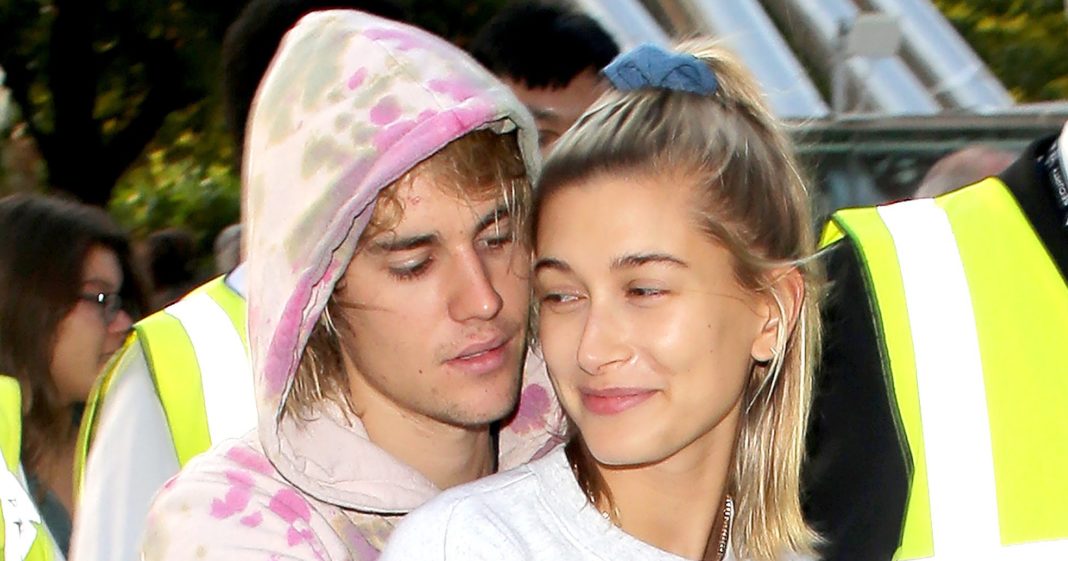 Showing his softer side. Justin Bieber waxed poetic about his wife of nearly seven months, Hailey Bieber (née Baldwin), with a composition he wrote just for her.

“Sunlight falls into the Abyss / Just like i fall into your lips / Waves crash onto the shore / My love for you grows more and more,” the “Baby” singer, 25, captioned a photo on Instagram on Monday, April 8, of the model, 22, wearing a black bra as she stands on a balcony in front of the Eiffel Tower.

The Grammy winner also referred to his spouse as his soulmate in the poem, writing: “Sound of the crickets a true meditation / I think about you, Gods greatest creation. / As i fall into this blissful state / I ponder on how you’re my one true SOULMATE / Its getting dark to [sic] dark to see / A chilling breeze embraces me / The smell of camomile fresh from the garden / My life is a movie that both of us star in.”

He continued: “Speaking of stars I’m starting to see some / They light up the sky, reminds me of my freedom / How big and how vast our world is around us / So grateful for god we were lost but he found us / So i write the poem with him always in mind / Things all around us Just get better with time.”

Justin’s sweet prose concluded with a personal message for the Drop the Mic host, who he said he is falling more in love with every day. “You have walked hand and hand with me as I continue to get my emotions, mind, body and soul in tact! [sic]” he wrote. “You have given me so much strength, support, encouragement and joy. I just wanted to publicly honor you, and remind you that the best is yet to come! Have a great shoot today my love!”

A source told Us Weekly exclusively in March that the pop star is “extremely focused on his relationship with Hailey right now and himself,” adding that “he wants to unconditionally show his love for her and to everyone.”

Justin revealed that same month that he is putting his music career on hold in order to be a better husband and one day, a dad. “I have been looking, seeking, trial and error as most of us do, I am now very focused on repairing some of the deep rooted [sic] issues that I have as most of us have, so that I don’t fall apart, so that I can sustain my marriage and be the father I want to be.”

The young couple, who secretly wed in September 2018 with an intimate New York City courthouse wedding, have also put the brakes on a larger ceremony for family and friends amid Justin’s mental health struggles.

A source told Us in March: “[They] are not planning on having a bigger wedding celebration in the immediate future