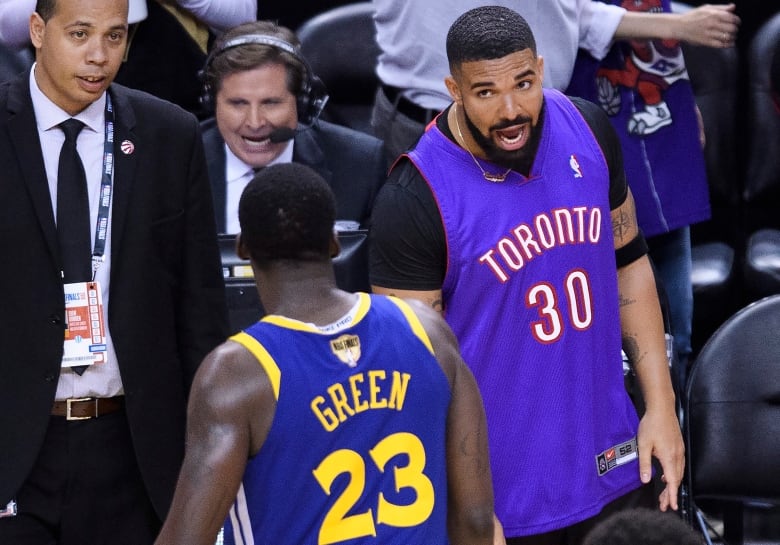 The Toronto Raptors didn’t look like a team appearing in its first-ever NBA Finals game on Thursday night. Toronto picked apart the back-to-back defending champion Golden State Warriors to take Game 1 by a final score of 118-109.

These Raptors aren’t content with finally getting to this point — this is a team that is seemingly ready to win it all. And if there was going to be an emotional letdown after their biggest win in team history — Game 6 last Saturday to get to this point — the Raptors didn’t show it.

The Raptors blasted onto the court buoyed by their boisterous supporters — Toronto is now 9-2 playing at home in these playoffs.

Just before tip-off, The Tenors belted out the Canadian national anthem to begin the game, drowned out by an even louder, more enthusiastic crowd, overwhelmed by emotion in a truly spine tingling moment inside Scotiabank Arena. As the crowd sang loudly, Mounties stood proudly near the Raptors logo at centre court.

Thousands more fans chanted and cheered in Jurassic Park outside of the arena, with thousands more packed into fenced-off areas down the street.

And in his familiar spot on the sidelines, there was Drake, wearing a Dell Curry No. 30 jersey from his playing days in the early 2000s for Toronto. Dell is the father of Warriors superstar Stephen Curry.

So perhaps it was fitting that in the same arena the younger Curry used to shoot around in before his father’s Raptors games, he would score the first points ever in an NBA Finals game in Canada.

That would be the highlight for Golden State on a night when there weren’t many positives to lean on.

Not for one moment during the game did the Raptors look unprepared for their big moment — Toronto rose to every occasion in front of the bright lights with a global audience watching. 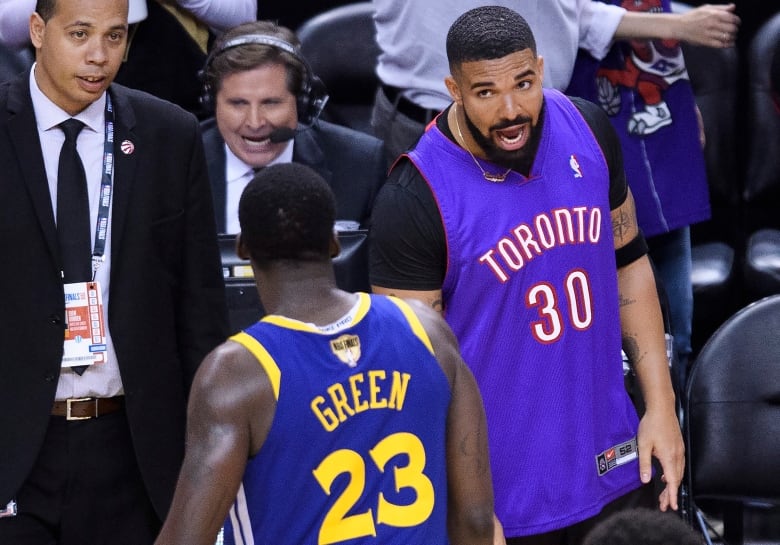 It was one of the most complete team efforts by the Raptors during the playoffs, with balanced scoring across the board. Team superstar Kawhi Leonard finished with 23 points and eight rebounds while Marc Gasol scored 20 points, but it was Pascal Siakam who stole the show for Toronto.

With his 32-point performance, Siakam scored the most points in an NBA Finals debut since Kevin Durant in 2012 (36 points).

“It’s amazing and it just proves that if you put the work, and it’s something that it’s so cliché most of the time, but that’s the story of my life. Just going out there every single night, working hard to get to this level,” Siakam said. “Moments like this definitely shows that I’m going to continue to be myself and continue to work hard.”

Kyle Lowry took a couple of intense charges to draw fouls, and Fred VanVleet made a few three-pointers — as did Gasol. Danny Green, who had previously struggled from that distance, was also dialled in from behind the arc.

NBA commissioner Adam Silver called it a “homecoming of sorts” for basketball in Canada prior to the start of Game 1 of the championship series. After all, it was Canadian James Naismith who invented the game.

The Raptors became just the fourth expansion franchise since 1980 to make it to the NBA Finals, joining the Orlando Magic, Dallas Mavericks and Miami Heat. 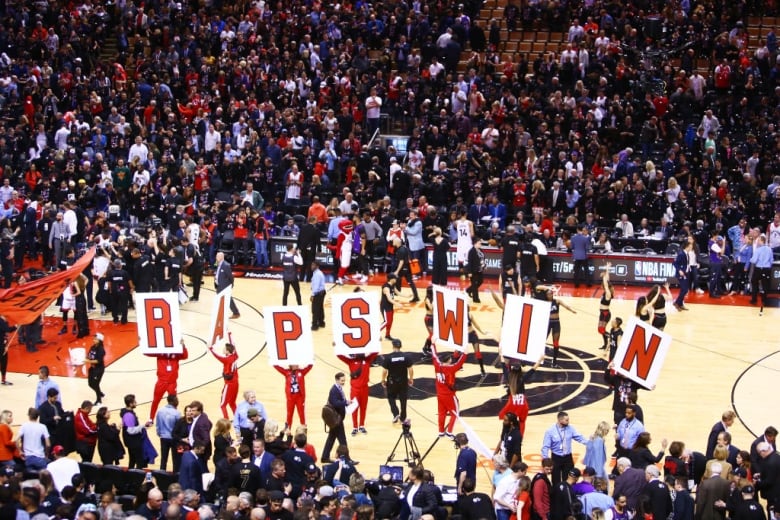 But of course, all of the storylines leading into the game focused on just how powerful and poised the opponents of the Raptors were and are. The Warriors are in the midst of a dynasty, having won back-to-back championships and three of the last four titles. Surely, all that experience would lead Golden State to a strong start against a franchise that had never been here before.

But it was the Warriors who looked rattled, including Klay Thompson — taking a technical foul after shoving the ball at the referee.

“Their defence was great and it wasn’t our best night, but we just got outplayed, so simple as that. Move on to the next one,” said Warriors head coach Steve Kerr.

Fans across Canada rally behind team

Raptors president Masai Ujiri praised basketball fans across Canada leading into Thursday night’s game, hinting at just how wild things might get during this championship series. 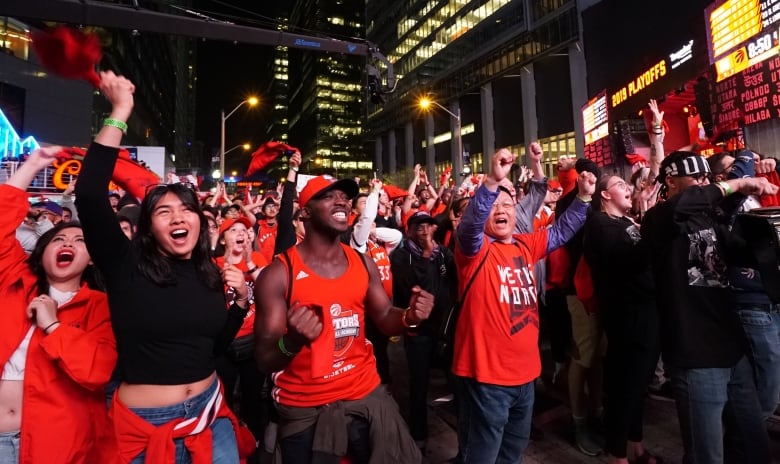 Raptors fans cheer on their team during Game 1 of the NBA Finals from Jurassic Park, located just outside of Scotiabank Arena in Toronto. (Tanya Casole-Gouveia/CBC Sports)

On a day when the eyes of the basketball world were on Toronto, the team and city didn’t disappoint.

For all that was said, all the build-up leading into the historic game, the Raptors proved they deserve to be a part of this moment. And so, too, did their loyal fans.

Now the Toronto Raptors are just three wins away from the franchise’s first-ever NBA title.