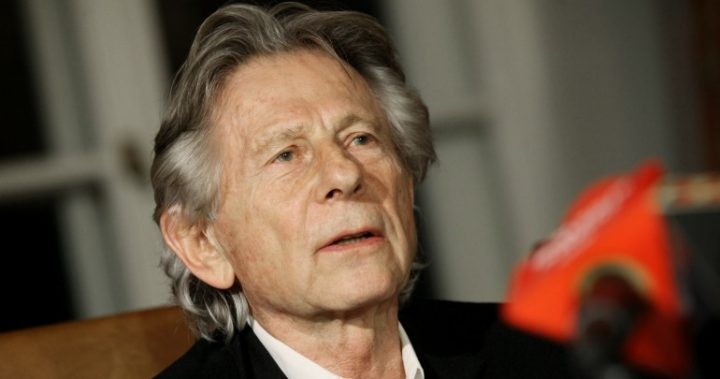 An American woman raped by filmmaker Roman Polanski as a teenager four decades ago pleaded with a California judge on Friday to end the case so she could move on with her life.

“I would implore you to do this for me, out of mercy for myself,” Samantha Geimer, who was 13 at the time of the assault in 1977, told Los Angeles Superior Court Judge Scott Gordon.

“I am not speaking on behalf of Roman, but justice,” the 54-year-old added, reading from a statement. “I implore you to consider to resolve this matter without incarcerating an 83-year-old man.”

Geimer’s testimony marked the first time she has appeared in court in the drawn-out case of the Oscar-winning filmmaker, who lives in France and has been engaged in a legal battle to avoid further jail time if he returns to the United States.

She told the court that she was no longer afraid to speak out and had been subjected to “insult and mistreatment” by the original judge in the case and prosecutors, and simply wanted the legal drama settled.

Geimer, who lives in Hawaii and was accompanied by her husband of nearly 30 years, said she had recently become a grandmother and did not want her family subjected to any more suffering.

Gordon commended her for speaking out and said he would take her plea into account as he decides whether to unseal documents that Polanski claims show he reached a plea agreement in 1977 to serve 48 days in jail for the rape.

“Your words mean a lot to this court,” the judge said without specifying when he would issue his decision.

Following the hearing, Geimer told reporters that she empathized with Polanski who was now facing the same type of abuse that she endured after the assault in 1977.

“When this happened, my mother and I were (treated) as lying gold diggers who were attacking poor unfortunate Roman. It was a much different story,” she said.

“Now everyone calls him a pedophile and says terrible things about him that aren’t true.”

Geimer, who has three sons, has said in the past that she has forgiven Polanski.

The director of “Rosemary’s Baby” and “Chinatown” was accused of drugging her when she was 13 before raping her at the house of film star Jack Nicholson in Los Angeles in 1977.

Polanski admitted statutory rape after the more serious charges that he drugged, raped and sodomized the girl were dropped, and spent 42 days in custody to undergo psychiatric evaluation before being released.

The director claims that he was promised by the judge overseeing the case that the six weeks he spent in custody would be the only time he would serve.

But in 1978, convinced the judge was going to scrap his plea deal and send him to prison for up to 50 years, he fled to France.

Polanski — who is married to French actress Emmanuelle Seigner, with whom he has two children — has since refused to return to the United States without assurances that he would not serve additional time in prison.

For decades, he has been engaged in a cat and mouse game with US authorities as they unsuccessfully sought to have him extradited from various countries.

He was arrested in Switzerland in 2009 and placed under house arrest for nearly a year while fighting extradition.

Polanski reportedly wants to return to the United States to visit the grave of his late wife Sharon Tate, who was murdered in 1969 by members of the Charles Manson family when she was eight months pregnant.