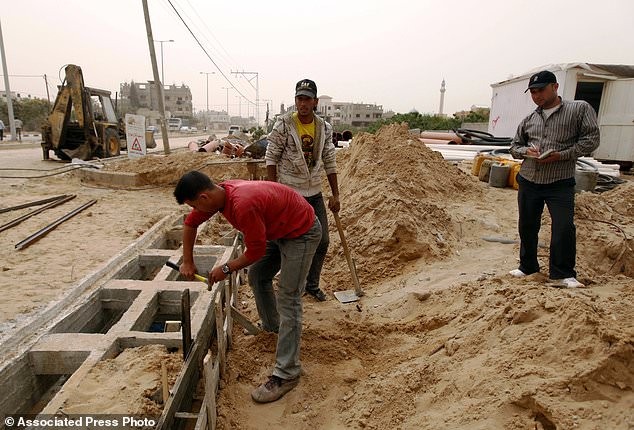 Qatari Ambassador Mohamed Ammadi on Tuesday said he had signed an agreement with Gaza construction companies to build more housing units in the Gaza Strip.

Mr. Ammadi signed the agreement in spite of ongoing crisis between several Gulf and Arab countries with Qatar.

“The $5.5 million agreement is devoted for the construction of eight buildings,’’ he told a news briefing in Gaza

The news briefing was held in Gaza city together with Nikolay Mladenov, the special UN envoy to the Middle East.

“In spite of the imposed embargo on Qatar, we will carry on and continue standing to the side of the besieged Palestinians,” Mr. Ammadi said.

He added that backing the Palestinian people directly or indirectly with all international establishments is officially done in permanent and full coordination with the Palestinian National Authority.

Mr. Ammadi arrived in the Gaza Strip on Sunday, where he held talks with Abbas in Ramallah on Monday and returned on Tuesday to sign the agreement on the construction of the housing units in the coastal enclave.

According to Mr. Mladenov, he believes that there has been a successful partnership between Qatar and the UN that serves the Palestinian and helps to improve the hard-living situation in Gaza.