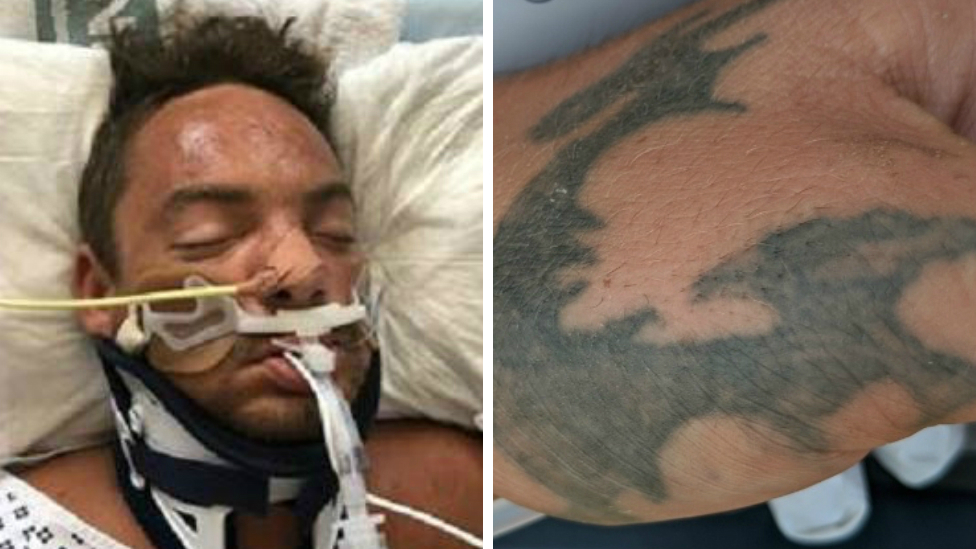 Police are appealing for help identifying a man with a distinctive dragon-like tattoo who was rescued from the River Thames.

The man was airlifted to hospital after being discovered near Putney Embankment, south-west London, on July 26 and is in a critical condition.

He is thought to be in his 30s and has tattoos on his hand and lower leg.

The Met Police believe the man injured himself entering a section of the river he thought was shallow.

The force is not treating the incident as suspicious and has described the man as “a white male, dark in complexion and of medium build”.

The tattoo on his lower right leg appears to be in a tribal style and the one on his left hand resembles a dragon.

Police said he had been wearing a camouflage t-shirt with “Now or never, no regrets, past/present/future” written on it.

He was also wearing grey tracksuit bottoms with black rims around the pockets, blue plimsolls with white soles and a white and green Dunlop shoulder bag.

The force has called on his family and friends to come forward “as soon as possible”.

Det Sgt Samantha Batchelor said: “We have exhausted all our lines of inquiry to identify this man and we are hoping with the release of his image a friend or family member will be able to come forward tell us who he is.”