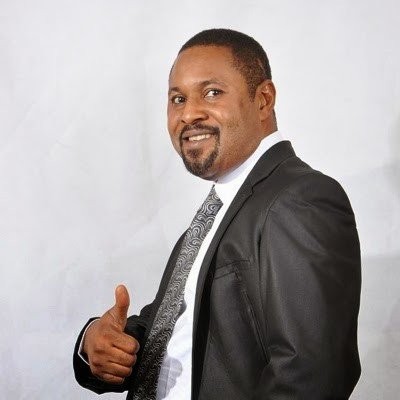 Iconic actor, Saidi Balogun, is of the opinion that members of the House of Representatives especially those who are in charge of passing anti-piracy laws, indirectly have a hand in the death of many actors across the country.

The actor who was spotted at the unveiling of the movie, ‘Banana Island Ghost,’ said that most of his colleagues who sought for public funds before their demise could have been spared of death and taken care of themselves if pirates did not milk the industry dry. He opined that the actors could have used the money they make to subscribe to a health insurance policy.

“People die but because we are in the public eye, death of actors resonates more. Two million people can die but nobody would write about them unlike when actors die. People die every day. It is not that we are not checking ourselves, it happens but I am begging all actors to work on their health. I was supposed to celebrate my birthday from May 24 to 26 but I postponed it in honour of our fallen colleagues.

“The reason why most actors solicit for funds when they are ill is because of lack of health insurance and we should talk to insurance companies about that. If we are making our money now, we should look at health insurance policy for future sake. I keep begging that the House of Representatives pass hard laws on piracy because if we are making good money, we would be able to subscribe to insurance policies. If I am making N500,000 and the school fees of my daughter is N600,000, where would I see money for insurance? It is the people that are not passing hard laws on piracy that are killing us. I have an insurance policy as the President of The Golden Movies Ambassadors of Nigeria. I have been on an insurance policy for over four years,” he said.

He further implored his colleagues especially the younger ones to toe his path and get an insurance policy and save for the rainy day.

“I am begging the up and coming artistes to look towards insuring themselves. I implore my colleagues to get good managers and lawyers to help them manage their image. I travelled to Germany some months back to shoot a movie and when they checked for my name on Google, the only thing that came out were bad reports and the German asked me if that was the way the journalists in my country celebrate the best actors in Africa. I stood up for journalists. They felt that because we are black, that is why such happened but I made them know that we are ‘BPI’, Black, Proud and Intelligent. It affected me a lot but I still thank God I am still here today and I am friends with journalists till date,” Balogun said.

In the trailer, the cantankerous firecracker, Ijeoma (Chioma Omeruah) wakes up to find a ghost (Patrick Diabuah) next to her. He has three days to fall in love and she will do anything to save her father’s house in Banana Island from the bank coming to reclaim it in three days.

With three days left to find N18 million, she turns to God for a solution to her problem. Her prayers are answered in the form of Patrick, the ghost! Together, they get into all kinds of hilarious situations but in the process, they help each other find purpose and fall in love.

Patrick dies in an accident on Third Mainland Bridge. He believes he cannot go to heaven without a soul mate, so he also begs God for a few more days to find one. God, having a sense of humour, pairs him with Ijeoma. And although they hate each other at first, he quickly sees that they were put together for a reason.