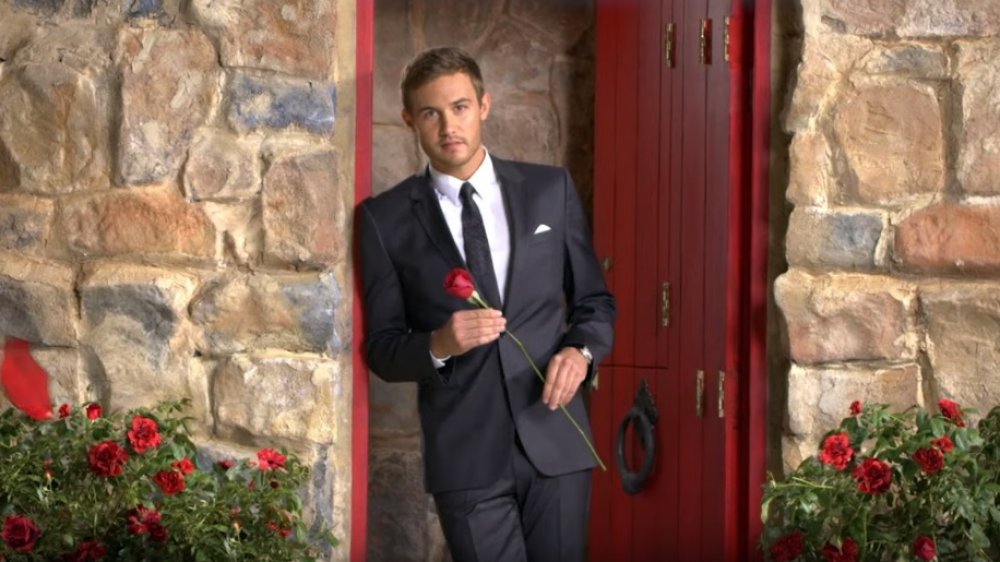 Peter Weber may be making his name in the world of reality TV these days, but before he appeared on screens in an effort to find his special someone, he spent his time in the clouds as a pilot for Delta Air Lines. And while he may keep the journey as smooth as possible while cruising through the skies, the poster for his season of The Bachelor (which appeared on Instagram on November 14, 2019), warns fans to “expect turbulence” during his romance-related ride on TV. Fans were thrilled by the tease, leaving comments like, “MY SEATBELT IS ON AND MY TRAY IS IN THE UPRIGHT POSITION! I am READY!”

However, it wasn’t turbulence that Weber needed to worry about while filming his season. According to Radar Online, the Bachelor had to get 22 stitches after “splitting his head open” during a game of golf on October 7. And yet it wasn’t a ball or club that got him in the noggin. A source explained, “He went to step on the cart but fell and split his face open on two cocktail glasses he was carrying.”

The show’s host Chris Harrison released a statement to The Hollywood Reporter about the incident, saying, “Peter suffered a freak accident. He got a cut on his head, he did get stitches but he’s 100 percent OK and production is already back underway. He’s still the dashing, handsome pilot we’ve all dreamed of.”

Hopefully, his starring season of The Bachelor can keep him out of the ER, turbulence or no.