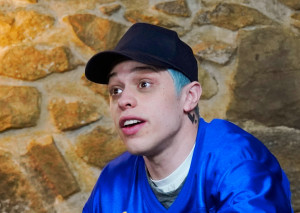 Oopsie! Pete Davidson and Ariana Grande have been steadily covering up the couple’s tattoos they acquired during their four-month relationship, but two of their redesigns look strikingly … similar.

Every Tattoo Pete Davidson and Ariana Grande Got for One Another 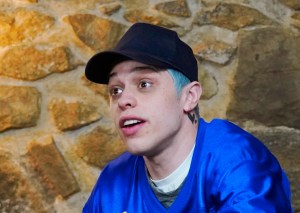 Eagle-eyed fans quickly zeroed in on the new ink Grande, 25, is sporting after she posted a photo from her upcoming music video for “Thank U, Next” to Instagram on Friday, November 23.

The snap, which shows the singer clutching what appears to be a Mean Girls-inspired burn book of her exes, revealed a tiny black heart on her left ring finger where her ex’s first name once was. 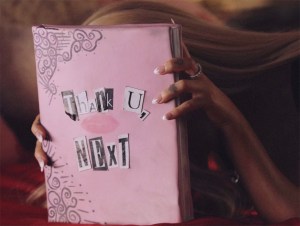 Grande had previously covered the piece with a Band-Aid at her first post-split performance in October.

Ironically enough, Davidson, 25, is also sporting a black heart where a tribute to his former flame formerly existed: The comedian turned artwork from the Grammy nominee’s Dangerous Woman album that he had inked on the side of his neck in June into the same dark shape, albeit slightly larger, in October.

The former pair got multiple tributes to one another permanently etched on their skin during their time together, which they both seem keen to forget. In October, the “Breathin” songstress showed off her newly transformed hand tattoo on Instagram Stories. In place of the word “reborn,” which she had previously gotten as a matching piece with the Saturday Night Live star in June, was a brand new feather.

Davidson and Grande got engaged in June after dating for several weeks, and ended their relationship in October. A source told Us Weekly of their courtship: “They realized it happened too quick and too early.”