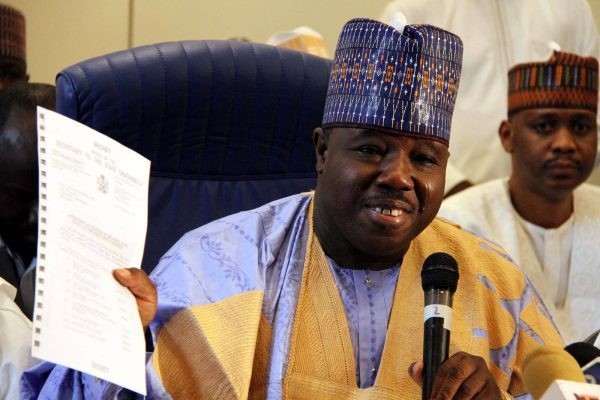 The Chairman of the Peoples Democratic Party in Lagos, Mr Segun Adewale, has expressed confidence that the party will do well in July 22 council poll.

Adewale of Sen. Ali Modu Sheriff-led PDP acknowledged that internal problems within the party had caused some setbacks, but said the party would rise above its challenges for a strong showing.

“The PDP is a strong party in the state. Agreed there are some problems here and there caused by some people for their personal interests, but the party will overcome all that and do well at the poll,” he said.

Adewale said he had made overtures to the faction led by Moshood Salvador on the need to have a united party but that his efforts were not appreciated.

He said the disagreement would not deter his faction from preparing well for the poll even as he said the door of peace was still open to the Salvador camp.

Adewale said his faction conducted its primary in all the 20 local government area and 37 local council development areas on Friday and that it was largely peaceful.

“We had our primary election on Friday and I can tell you that it was largely peaceful and successful.

“Apart from Agege, Ikeja and Amuwo where we recorded some problems, the primaries went well and candidates emerged for the chairmanship and councillorship seats.

“The successful conduct of our primary is a reflection of our determination and resolve to do well at the poll despite the odds.” he said.

Adewale condemned the alleged holding of primary by some groups under the name of PDP, saying it was illegal.

He said he was the authentic chairman of the state based on the Appeal Court judgement affirming Sherrif as national chairman, adding that any other primary outside his own was illegal.

“I am the authentic Chairman of PDP in Lagos. If any group is holding any primary in the state under the name of the party, it is null and void as it is illegal,” he said.

Meanwhile, the Salvador faction of Sen Ahmed Makarfi Caretaker Committee has directed its aspirants to seek any other political platform apart from the PDP to contest the forthcoming poll.

The Publicity Secretary of the faction, Mr Taofik Gani, said that the faction took the decision as reconciliation with Adewale faction was not yielding results.

“Yes, we have directed our aspirants to seek any political parties of their choice for the election.

“They are using parties temporarily for the election pending the resolution of Makarfi /Sheriff at the Supreme Court,” Gani said.

Gani, however, said the faction would monitor and guide their aspirants while they contest on the platform of different political parties.

LASIEC has fixed July 22 as the date of the council poll and July 29 for the run-off.