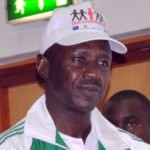 A mortgage firm has returned to the Economic and Financial Crimes Commission (EFCC) the N500 million said to be part of the Paris Club refund kept with it by a governor.

The EFCC is probing the London-Paris Club refund following allegations that some governors are misapplying the cash.

The Federal Government agreed to the refund to enable the governors pay workers’ salaries and pensions.

Besides, the EFCC has gone to a Federal High Court in Abuja to seek the forfeiture of $3million said to be held for another governor by three persons and two companies.

The agency has placed a no debit order on the three accounts traced to the five suspects, including a member of the House of Representatives, who has gone underground to avoid arrest.

Investigation by our correspondent revealed that officials of the mortgage firm also made a statement confirming that the governor owns the N500million.

A top source, who spoke in confidence with our correspondent, said: “When EFCC detectives traced the governor’s loot of N500million from the London-Paris Club refund to the account of the mortgage company, the firm wasted no time in disclosing the source.

“The mortgage firm has surrendered the cash to us; we have it in our custody.  And on Monday (yesterday), we filed an application before the court for an interim forfeiture of the N500million in order to legalise its custody.

“The purported owner of the cash has a two-week deadline to come forward to claim it or have it forfeited permanently to the Federal Government.”

Responding to a question, the source said all those connected with the cash, including some consultancy firms had been named in court.

The identities of the governor, the companies involved and his proxies, the source added, would be unveiled when the matter comes up in court.

The governor, he said, has long standing mortgage collaboration with the firm where the N500million was wired.

On the $3million linked to another governor, the EFCC provided the list of those involved including the names of the two companies, three persons, and the three accounts used.

Two of the three persons are siblings, including a member of the House of Representatives whose whereabouts was unknown at press time last night.

The lawmaker was, in the EFCC profile, described as a former commissioner.

Another source added: “Again, we have asked the court to grant our prayer for the Interim Forfeiture of the $3million. We also attached the list of three banks, three accounts, two companies and three other suspects.

“As I am talking to you, the EFCC has placed a No Debit Order on the three accounts associated with the $3million which was diverted from the London-Paris Club to build a 100-room hotel for another serving governor. One of the accounts is in a bank noted for domiciliary account business. The two others have been named in some suspicious transactions during the immediate past administration.”

Detectives, the source said,  suspected that the $3million was part-payment for the construction of the hotel.

On the extent of investigation of the cash, he said: “One of those questioned over the $3million has actually refunded $500,000.

“The EFCC team really did a wonderful job in tracking the cash. In fact, a notable project firm, which has had partnership with the governor in the past, was implicated in the $3million deal.

The Presidency has so far released about N1. 266.44trillion to the 36 states in the past one year including N713.70billion special intervention funds to states.

Following protest by states against over deductions for external debt service between 1995 and 2002, President Muhammadu Buhari approved the release of N516.38billion (first tranche) to the 36 states and the Federal Capital Territory (FCT) as refunds pending reconciliation of records.

Each state was entitled to a cap of N14.5 billion being 25% of the amounts claimed.

Minister of Finance, Mrs. Kemi Adeosun said the payment of the claims would enable states to offset outstanding salaries and pension which had been “causing considerable hardship.”

The governors sought for the loan refunds to states and local governments at a meeting with President Muhammadu Buhari on May 24, last year.

But the alleged deduction of about N19billion and $86million, meant for payment of consultants and legal advisers, by some governors is under investigation by EFCC.

Following controversy over the refunds in some states, the Federal Ministry of Finance, through its Director of Information, Salisu Dambatta, had penultimate Friday released the details of the N516.38billion to Nigerians.