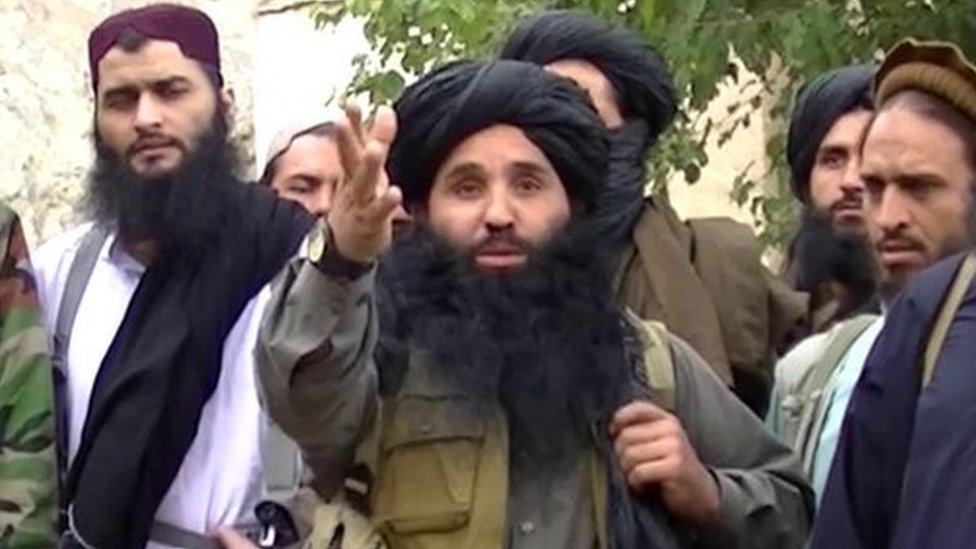 There are unconfirmed reports that Mullah Fazlullah – the commander of the Pakistan Taliban – has been killed in a US air strike in Afghanistan.

Fazlullah’s men shot the schoolgirl Malala Yousafzai in Pakistan in 2012.

He was also behind the 2014 massacre in the Pakistani city of Peshawar that killed more than 130 schoolchildren.

He became head of the Pakistani Taliban in 2013 and has been operating in Afghanistan for years.

The US attack was in collaboration with Afghan forces.

The US military only confirmed it had carried out a strike aimed at a senior militant figure in the eastern Afghan province of Kunar, which is on the Pakistani border.

An Afghan Defence Ministry spokesman told the BBC that Fazlullah was targeted and killed.

The Taliban has not yet commented.

Earlier this month the Afghan government announced a temporary ceasefire with the Taliban to coincide with the end of Ramadan, or Eid al-Fitr.

Afghans are celebrating Eid on Friday. President Ashraf Ghani announced in a televised message that both sides had honoured the ceasefire and called on the Taliban to extend their ceasefire beyond Sunday.

The US said it too would respect the ceasefire in a statement on 7 June “to allow the Afghan people to celebrate Eid al-Fitr without fear of violence”.

The US has sharply escalated its bombing of Taliban targets in Afghanistan since President Trump announced a new, open-ended military strategy last year.

On Friday a spokesman for US Forces in Afghanistan said it was continuing to adhere to the ceasefire “with the Afghan Taliban”. The Afghan Taliban and Pakistani Taliban are separate groups.

Fazlullah is seen as a ruthless extremist who wanted to impose Sharia law across Pakistan.

He was once known as Mullah Radio because of his angry sermons, broadcast from the northern Swat Valley in Pakistan.

After the brutal school massacre in Peshawar, the influence of the Pakistani Taliban has steadily declined, says the BBC’s Secunder Kermani in Islamabad.

The Pakistani army has waged a successful campaign against the militants, pushing remnants of the group across the border into Afghanistan, he says, though they still continue to carry out sporadic attacks.

Malala Yousafzai, a campaigner for girls’ right to education, recovered from being shot in the head in the 2012 attack when she was just 15, and was later awarded the Nobel Peace Prize.

She is currently studying at the University of Oxford.