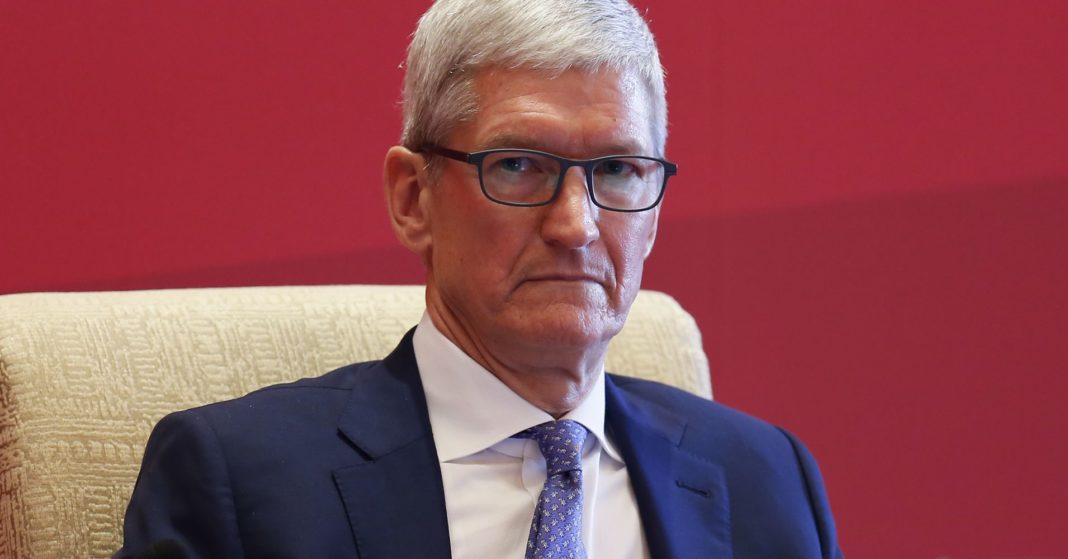 Technology stocks were hit hard on Monday, with some of the biggest U.S. companies leading losses across the sector.

The tech-heavy Nasdaq Composite fell 3 percent as it continued a 6-week slide. The index was led lower by Facebook, Apple, and Nvidia.

Facebook’s stock hit its lowest level since February 2017 on Monday. Facebook is on pace to finish its third straight month in the red, which would be its longest monthly losing streak ever.

The social media giant’s shares fell more than 5 percent after The Wall Street Journal reported that CEO Mark Zuckerberg blamed second-in-command Sheryl Sandberg for the Cambridge Analytica scandal and its subsequent fallout. The WSJ’s report adds more fuel to criticism of Facebook’s handling of the scandal and whether the two top executives have been too slow to change its platform. The New York Times detailed last week how the company ignored and then tried to hide that Russia used the platform to disrupt the U.S. election in 2016.

Apple shares dropped 4 percent as the WSJ reported the Cupertino, California company has cut production for iPhones announced in 2018. Apple has slashed orders for the iPhone XR, XS and XS Max models, according to the report. The company’s stock fell back into a bear market, down 20 percent from its 52-week high.

Nvidia shares fell 11 percent, continuing a slide begun on Thursday. The company reported third-quarter results which missed revenue and guidance expectations. Nvidia “stock will likely not bounce back right away, given the severity of the miss,” Morgan Stanley said after the results. The chipmaker is also nursing a “crypto hangover,” CEO Jensen Huang said after the report, as gaming card demand has fallen off after bitcoin and other cryptocurrencies’ prices nosedived.

Bitcoin has suddenly come under pressure again, down 12 percent on Monday. The cryptocurrency has fallen more than 22 percent in the last seven days, after months of relatively calm trading. Bitcoin was worth nearly $20,000 near the end of last year before selling off, hitting a low of $4,891.24 on Monday.

Each of the five ‘FAANG’ stocks – Facebook, Amazon, Apple, Netflix and Google-parent Alphabet – slipped into a bear market during Monday trading. Wall Street defines a bear market as a fall of 20 percent or more from a stock’s 52-week high.