On the east coast of America 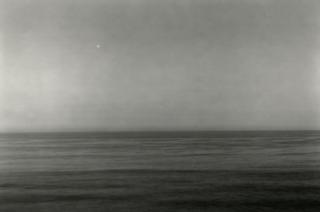 Thomas Joshua Cooper has been making pictures for 50 years and can recall virtually every frame he ever produced. His latest work Refuge continues his self-described role as “expeditionary artist” with many of the pictures taken at the east end of Long Island in New York.

Cooper immerses himself in the landscape he is photographing, researching its history and geography so he can create pictures that reflect something of the place. For this work he explored the lives of those who once called the area home, from Native Americans to Dutch and English settlers, to the artist community that originated in the late 19th century.

“I try to make the most emotional pictures I can, given my subject matter,” says Cooper.

“There are no people in them but I believe the land that I make pictures of is about people.”

Yet the land photographed here has seen a succession of migrants coming and going.

“From the beginning this is how the history of human movement occurs,” says Cooper.

“The need to better yourself and find a safer place to live – what a perfect place to think about making pictures.”

In the late sixties Cooper acquired a large-format camera – made in 1898 – from the son of the original owner.

Initially Cooper just thought the camera would look good on the mantelpiece, but it drew him in and soon he vowed to only ever use this one camera for his work, making just one picture at any one site. Hence his ability to recall the pictures he has made through the years.

“I decided a long time ago that even then the world moved too fast for me. I slow everything down to its maximum slowness… to give me time to look at things, to savour them, not rush.

“It means I can adjust to things that accumulate in my mind over time, to try to improve them, be more daring.”

Cooper was born in the US but has lived in Glasgow for the past 37 years, so a chance to photograph the east coast of the US where the light is warm was, he says, “thrilling and inspiring”.

It was also a little scary: “I realised I was in one of the richest neighbourhoods of America, and to be honest it frightened me. I didn’t know what all that opulence would look like, but fortunately it looked like the things I like looking at – trees, rocks and wood and brush, really quite beautiful.”

Refuge by Thomas Joshua Cooper can be seen at the Parrish Art Museum in Water Mill, New York until 28 July 2019, and is Cooper’s first solo exhibition in an American institution.