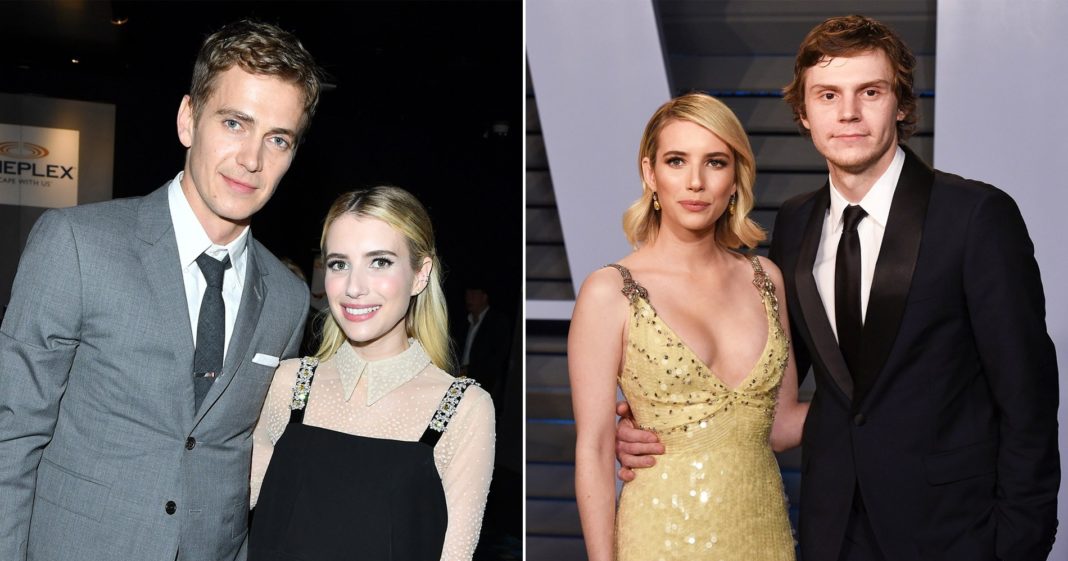 Never unfabulous! Emma Roberts’ love life has made headlines for the past decade.

The American Horror Story actress has been linked to multiple actors and costars, including Alex Pettyfer, Chord Overstreet, and Evan Peters.

While Roberts planned to spend the rest of her life with Peters, whom she met in 2012 while filming the movie Adult World, the twosome called off their engagement several times before breaking up for good in March 2019.

“Emma and Evan were heading for a split and now are just friends,” one source told Us. “Evan has moved out. It wasn’t a bad breakup.”

Multiple sources confirmed to Us at the time that the Little Italy star moved on from Peters with Garrett Hedlund, whom she was spotted walking within the Silverlake neighborhood of Los Angeles in March 2019.

The Triple Frontier actor “had his arm around [her] for a bit and then they were holding hands,” an eyewitness told Us of the outing.

Scroll through to revisit the actress’ complete dating history: