OMG! The Most Surprising TV Show Cameos Ever While many TV shows have made household names out of their star players, occasionally showrunners have been able to corral some of Hollywood’s biggest names to drop in for a surprise cameo during a complete episode or a single scene.

Perhaps one of the most polarizing cameos belonged to Ed Sheeran on HBO’s Game of Thrones in July 2017. The singer appeared in a brief scene during the season 7 premiere, titled “Dragonstone.” In the episode, the “Bad Habits” singer plays a Lannister soldier sitting next to a campfire as Arya Stark (Maisie Williams) rode past on horseback. He sang a quick tune to his fellow soldiers and Arya replied, “It’s a pretty song. I’ve never heard it before.

While some fans were pumped to see the “Thinking Out Loud” crooner pop up in Westeros, others were really annoyed. Twitter users commented everything from “Ed Sheeran’s really looking for that castle on the hill, huh,” to “I don’t even watch Game of Thrones but still made Ed Sheeran ruined it” and “This is a show with dragons and I still can’t believe that Ed Sheeran is currently on screen.”

The HBO show’s creators David Benioff and D.B. Weiss previously announced his cameo at South by Southwest that March. “We knew that Maisie was a big fan of Ed Sheeran and for years, we’ve been trying to get him on the show so we can surprise Maisie,” Benioff said at the time. “This year we finally did it.”

Following criticism of his brief role, Sheeran told MTV News that September that he was fine with it being a one-time performance. “No one wants to see me come back,” he said. “I wanted to be a cameo in it, and I’ve done the cameo. I’m cool with it, though. I enjoyed it.”

Another unforgettable cameo belonged to Taylor Swift when she made a one-scene appearance on the season 2 finale of New Girl in May 2013. While Cece (Hannah Simone) was set to marry Shivrang (Satya Bhabha) in the episode, the duo both had cold feet about their upcoming nuptials.

As Shivrang called off the nuptials mid-ceremony, he remarked that he was in love with his ex-girlfriend Elaine, who stood up from her seat at the time. There, Elaine was revealed to be the “Cardigan” singer in a scene that seemingly replicated her “Speak Now” track off her third studio album.

“She’s awesome,” Zooey Deschanel previously told Us Weekly at an episode screening and panel that April. “She’s super-funny and really smart. Very professional and we loved working with her.”

More recently, supermodel Gigi Hadid made a voiceover cameo on Netflix’s Never Have I Ever when season 2 premiered in July 2021. During the third episode, Hadid plays herself and narrates the inner monologue of Paxton Hall-Yoshida (Darren Barnet). She took over the role after Chrissy Teigen dropped out amid a bullying controversy involving Courtney Stodden.

“You may be asking yourself, Why is Gig-ers taking time out of her busy schedule to narrate the story of a 16-year-old old boy,” the model says at the start of the episode. “Believe it or not, I relate to this kid. We’re both constantly underestimated because people only see us as sex symbols.”

Hadid shared a trailer of her voiceover role via Instagram at the time with the caption, “Had the BEST time getting to narrate a new episode of @neverhaveiever — I got your back, Pax!” Barnet commented, “Thanks so much Gigi! you killed it! 🙌.” Show creator Mindy Kaling also replied, “I fainted” and “You did such a great job! We loved having you! ❤️❤️❤️🙌🏾.”

Scroll through to revisit the most surprising TV show celebrity cameos: 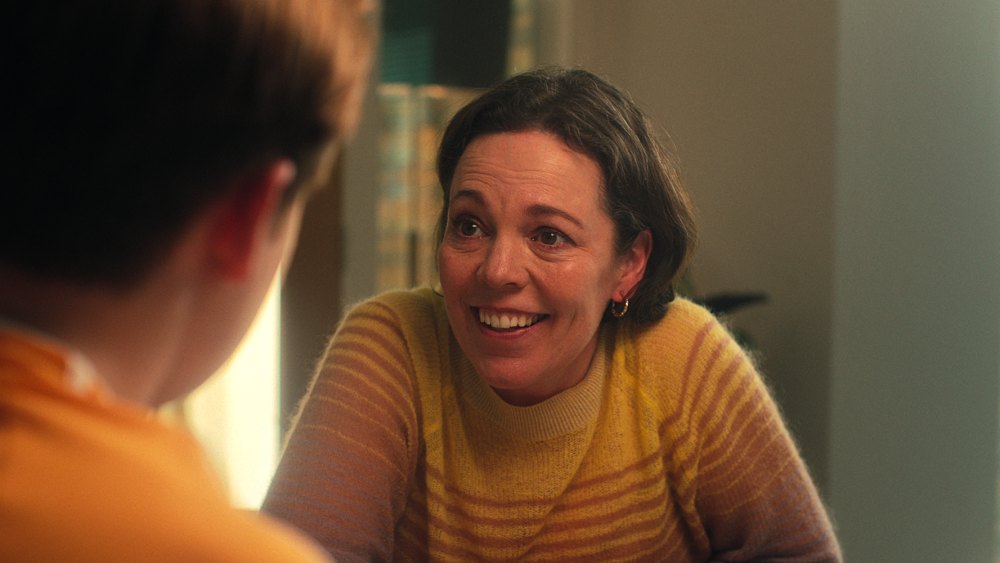 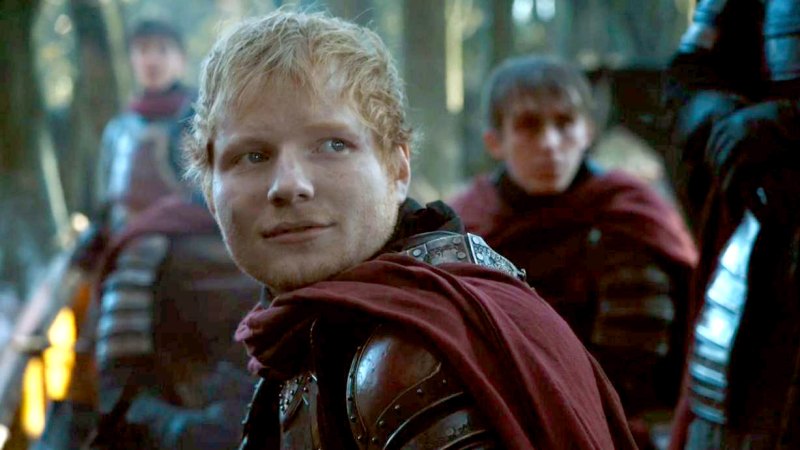 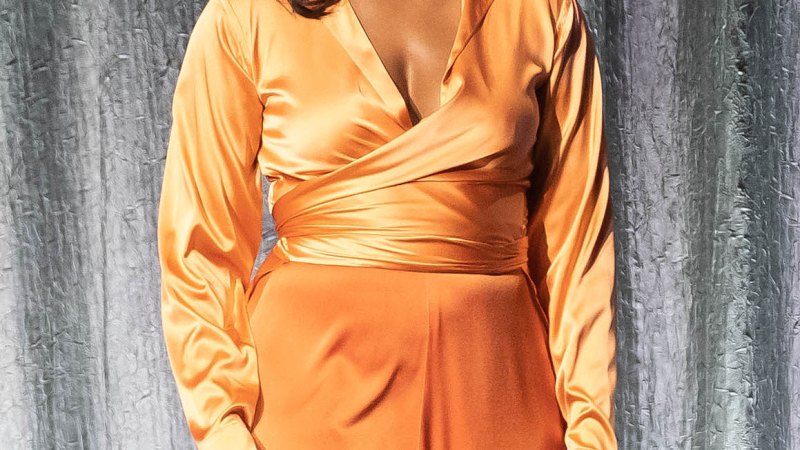 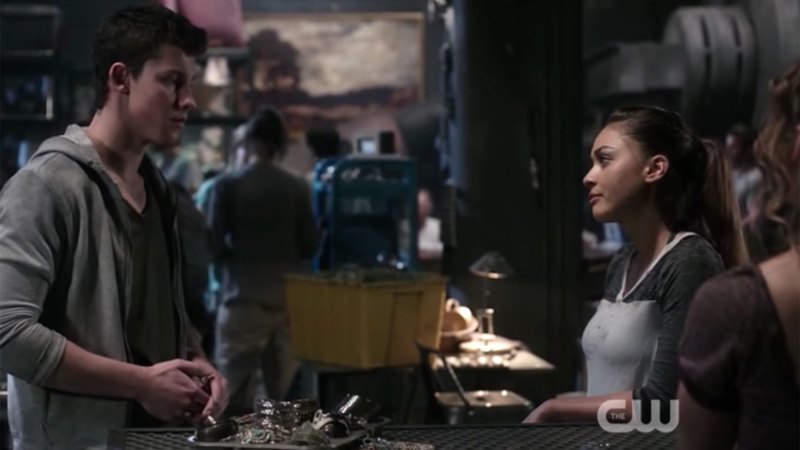 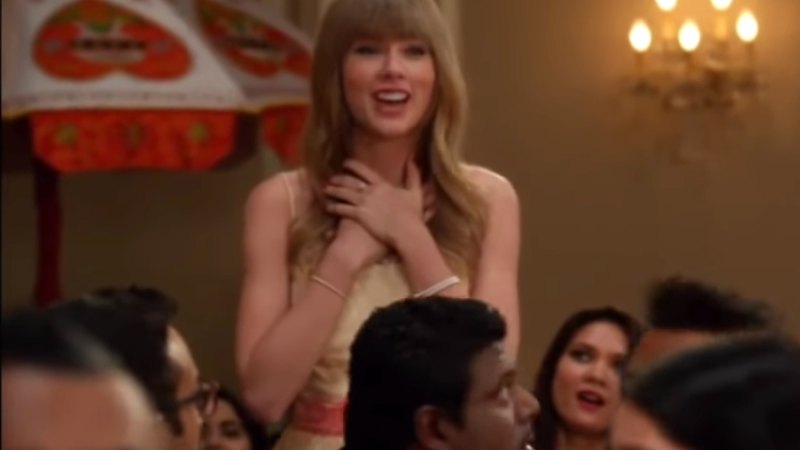 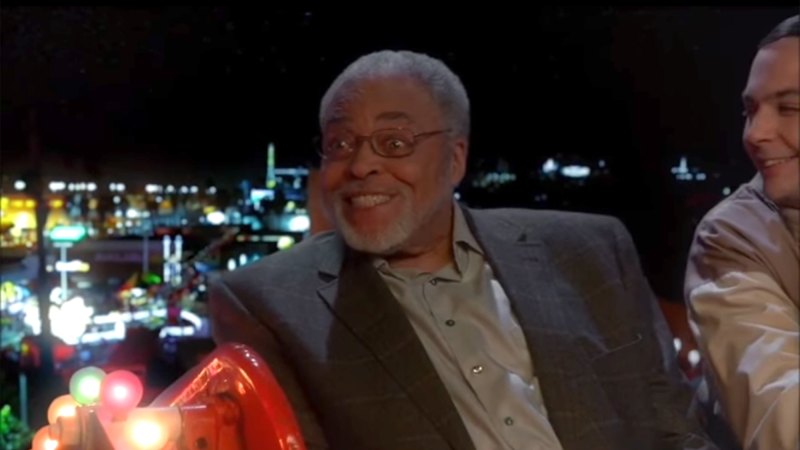 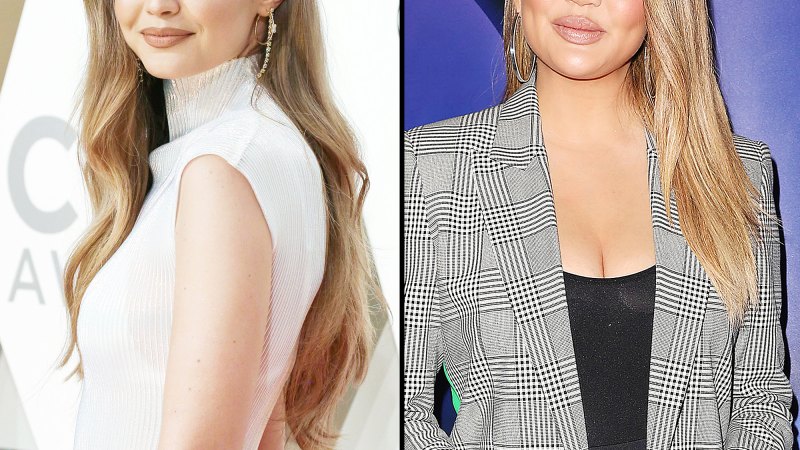 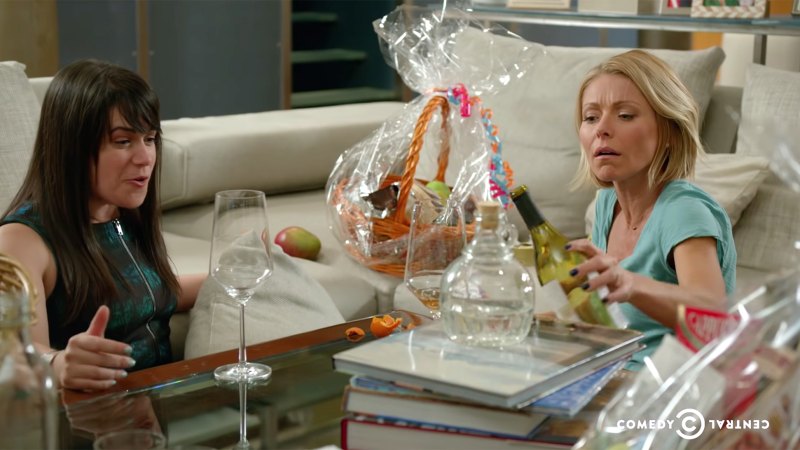 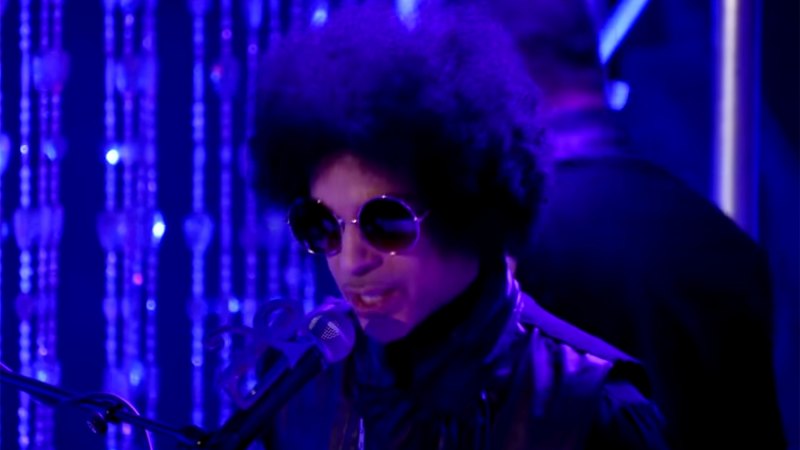 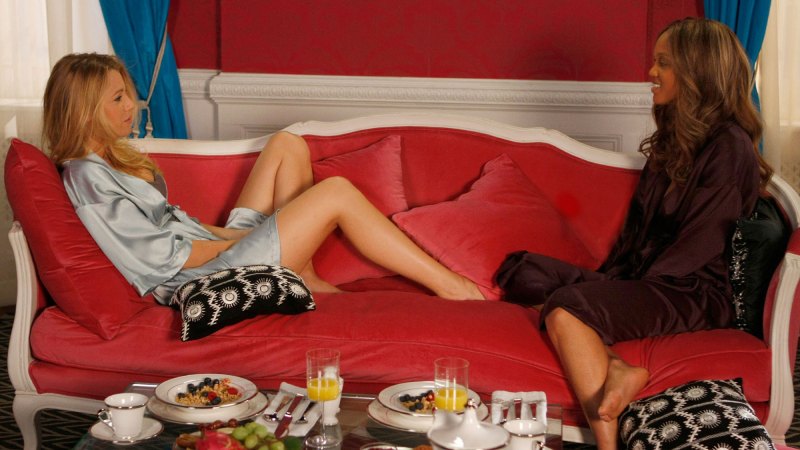 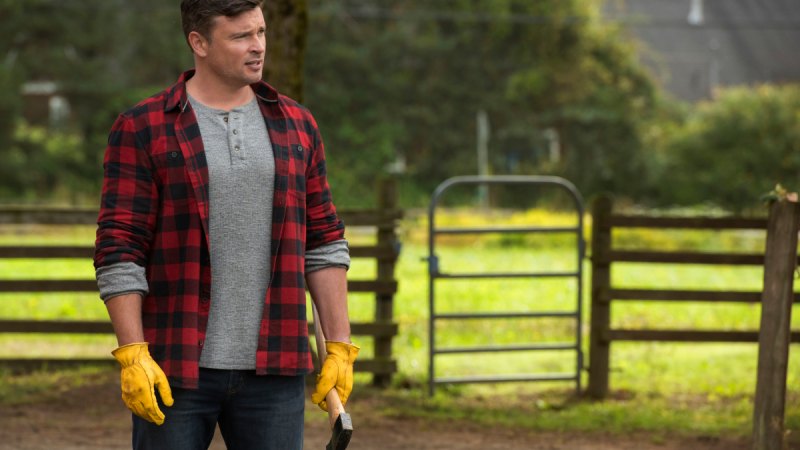 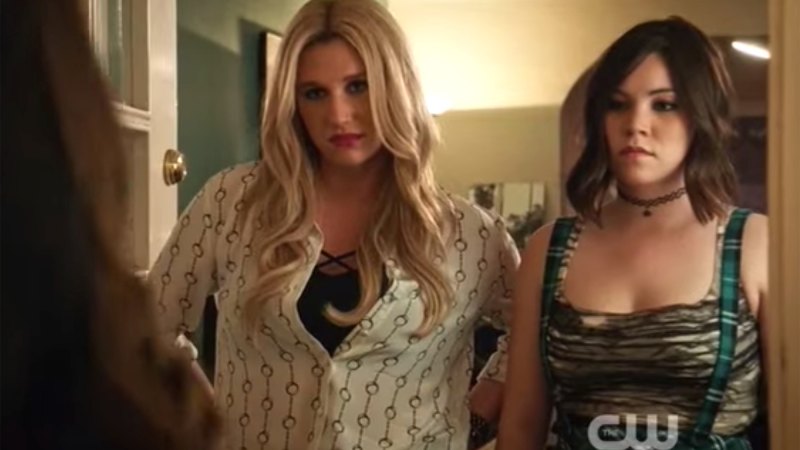 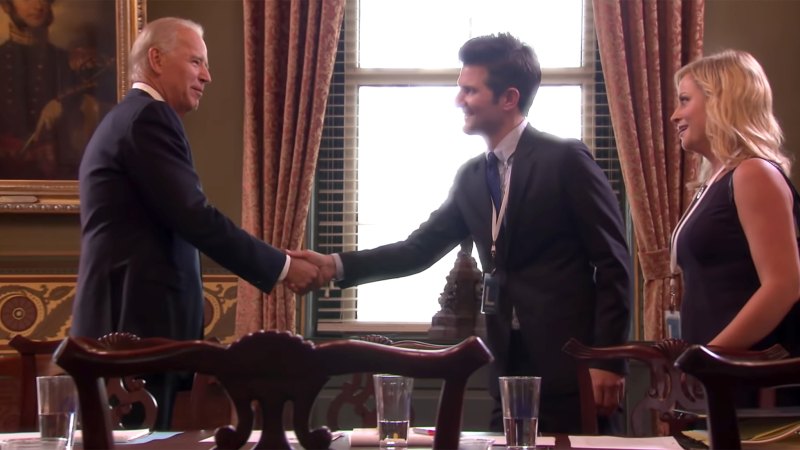 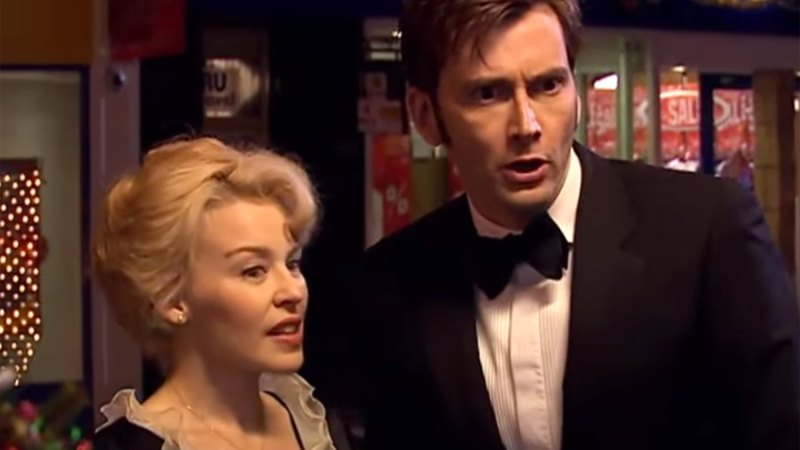 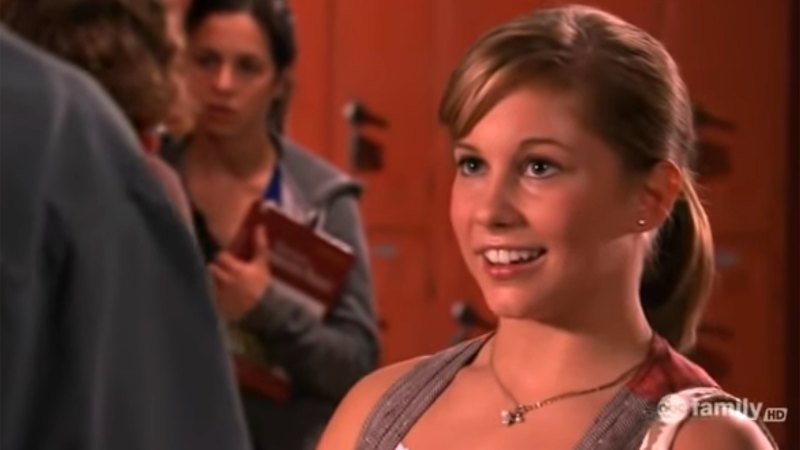