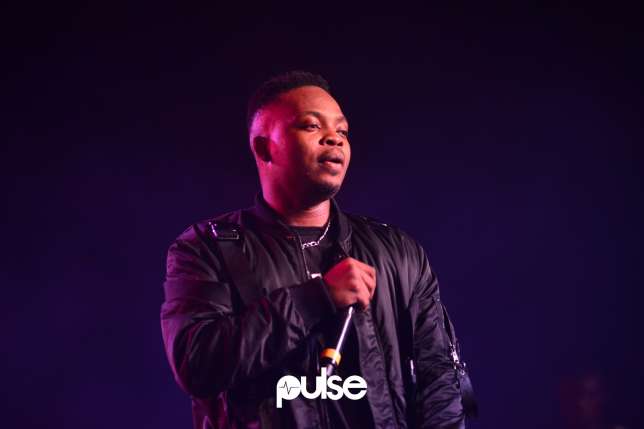 It’s all in the marketing, baby. You are doing all the sexy work, baby.

When asked about Olamide’s hit-making ability, and the reason why he’s always scoring hit records, the reflex response would be to point to his street cred, and the love that he gets from his fanbase in Lagos. But sometimes the streets aren’t enough to push a content, neither do they show every one of his record love. To get the extra push needed to ensure that he scores a hit record, Olamide employs a science that very few people can actively get right.

That science is called ‘user-generated content’. Short for user-generated content, UGC is the term used to describe any form of content such as video, blogs, discussion forum posts, digital images, audio files, and other forms of media that were created by consumers or end-users of an online system or service and is publically available to others consumers and end-users.

User-generated content is the use of the public, (fans, supporters, followers, and music enthusiasts) as marketing tools for your product. This means that after Olamide deploys the product (song and/or visual), he encourages the consumers of the new product to push it by further creating content to promote it. This is a smart move that takes away the responsibility of spending essential money on marketing from the artist. Instead, you get to generate viral value from inspiring people to actively support and champion a new record or movement. This very effective marketing strategy works like a charm. And while many people try to do it, Olamide has become a master of it, over time.

play Olamide’s 2013 album became popular due to the wave of people imitating this viral ‘gunman’ pose.

Let’s go back to 2013, when the rapper released his third studio album “Baddest Guy Ever Liveth.” The album had one key marketing element – The Gunman Pose – which would later become quite the craze. Encouraged by Olamide, a new movement began as people from all over the country marketed the album and spread its reach via social media. Every day and in many places, people joined the social media craze, striking their best gunman pose and linking it back to Olamide and his studio album. It was a viral hit, which helped to push the album.

Up next is the rapper’s ‘Who you epp’, the most viral Nigerian song of 2016. Olamide did something that was unthinkable. Having recorded a verse and a hook on the new record, Olamide threw the song into the open, with space for a second verse, and invited anyone and everyone who could rap to fill up the empty space on the record. Of course, the winners of it would get a chance to be featured on the record with Olamide and have a video shot as a boost to their careers. That strategy worked like a charm. From popular musicians to upcoming hopefuls, ‘Who you epp’ became a viral record, with videos of rappers and singers’ personalised versions flooding the internet. What followed was its transition into a pop culture slang that endures to this day.

play Olamide also tapped into the exhibitionist culture of Nigerians to score a hit record for ‘Pepper Dem Gang’. (Instagram/Baddosneh)

For ‘Pepper Dem Gang’, the rapper simply grabbed a word that had been lying around the fringes of pop culture, turned it into a record that captured the true essence of the word, and the rest is history. The true behavioural culture of 21 century Nigeria involves a lot of exhibitionism on many fronts. ‘Pepper dem gang’ gave that need to ‘show them’, a soundtrack, which fast-tracked it into a hit record. “Makeup on fleek, oya O baby…” How many women did you see create videos on Instagram of days when they were at their hottest? They used the record as background music, essentially marketing the music.

play Olamide on set for the video shoot of new single ‘Wo!!”

In 2015, Olamide won the year with the ‘Shakiti bobo’ dance. The record ‘Bobo’, which was released as the lead single for the album “Eyan Mayweather,” caught on to the public due to its unique dance style. Olamide encouraged people to make their best ‘Shakiti bobo’ videos, and the rest became history. You could also find a repetition of this in the marketing for ‘Wo’. This time Olamide threw in three million naira to market the record via dance visuals, fast-tracking it into a hit. All of the interesting videos created, became a strong marketing wave which made the record penetrate mainstream consciousness at a fast pace.

play Olamide on set for the video shoot of new single ‘Wo!!”

Olamide understands the power of UGC, and how important it is for records to become hits. And to be honest, no matter how much marketing cash is pumped into the promotion of the record via the media, unless people actively connect, carry and spread your music via UGC, it never becomes a hit. Olamide simply fast-tracks this process, ensuring that he scores hit records on the regular. This is the most crucial science behind his successful madness.