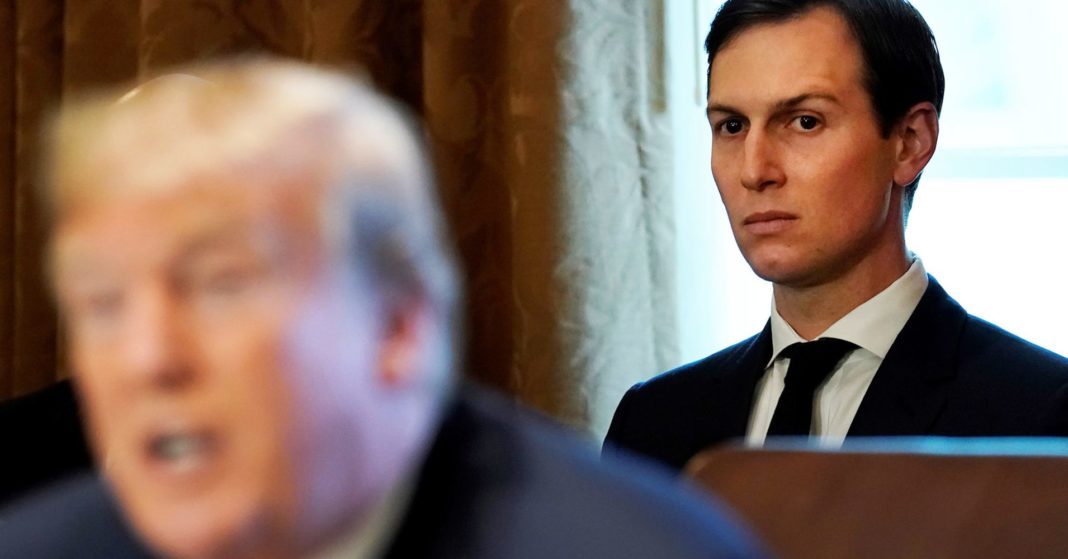 WASHINGTON — Jared Kushner’s application for a top secret clearance was rejected by two career White House security specialists after an FBI background check raised concerns about potential foreign influence on him — but their supervisor overruled the recommendation and approved the clearance, two sources familiar with the matter told NBC News.

The official, Carl Kline, is a former Pentagon employee who was installed as director of the personnel security office in the Executive Office of the President in May 2017. Kushner’s was one of at least 30 cases in which Kline overruled career security experts and approved a top secret clearance for incoming Trump officials despite unfavorable information, the two sources said. They said the number of rejections that were overruled was unprecedented — it had happened only once in the three years preceding Kline’s arrival.

The sources, who spoke on condition of anonymity because of the sensitive nature of the information, said the Trump White House attracted many people with untraditional backgrounds who had complicated financial and personal histories, some of which raised red flags.

Kushner’s FBI background check identified questions about his family’s business, his foreign contacts, his foreign travel and meetings he had during the campaign, the sources said, declining to be more specific.

The White House office only determines eligibility for secret and top secret clearances. As a very senior official, Kushner was seeking an even higher designation that would grant him access to what is known as “sensitive compartmented information,” or SCI. That material makes up the government’s most sensitive secrets, including transcripts of intercepted foreign communications, CIA source reporting and other intelligence seemingly important for Kushner, whose job portfolio covers the Mideast and Mexico.

The CIA is the agency that decides whether to grant SCI clearance to senior White House officials after conducting a further background check.

After Kline overruled the White House security specialists and recommended Kushner for a top secret clearance, Kushner’s file then went to the CIA for a ruling on SCI.

After reviewing the file, CIA officers who make clearance decisions balked, two of the people familiar with the matter said. One called over to the White House security division, wondering how Kushner got even a top secret clearance, the sources said. Top secret information is defined as material that would cause “exceptionally grave damage” to national security if disclosed to adversaries.

The sources say the CIA has not granted Kushner clearance to review SCI material. That would mean Kushner lacks access to key intelligence unless President Trump decides to override the rules, which is the president’s’ prerogative. The Washington Post reported in July 2018 that Kushner was not given an “SCI” clearance. CIA spokesman Timothy Barrett said, “The CIA does not comment on individual security clearances.”

“What you are reporting is what all of us feared,” said Brad Moss, a lawyer who represents persons seeking security clearances. “The normal line adjudicators looked at the FBI report…saw the foreign influence concerns, but were overruled by the quasi-political supervisor.”

NBC News was unable to reach Carl Kline for comment. Kushner’s lawyer, Abbe Lowell, had no comment. The White House did not respond to a request for comment.

The sources said they did not know whether Kline was in communication with senior political White House officials. They say he overruled career bureaucrats at least 30 times, granting top secret clearances to officials in the Executive Office of the President or the White House after adjudicators working for him recommended against doing so.

The reasons for denying a clearance can include debts, a criminal past or questions about foreign entanglements. Anything in a person’s background that could make them vulnerable to blackmail can be a factor.

Kushner’s application followed the normal path for security clearance. It passed a “suitability review” in the White House and then went to the FBI for a background investigation.

Following the FBI investigation, the case went back to the White House office of personnel security, where a career adjudicator reviewed the FBI information, including questions about foreign influence and foreign business entanglements, the sources said.

The Washington Post, citing current and former U.S. officials familiar with intelligence reports on the matter, reported last February that officials in at least four countries had privately discussed ways they could manipulate Kushner by taking advantage of his complex business arrangements, financial difficulties and lack of foreign policy experience.