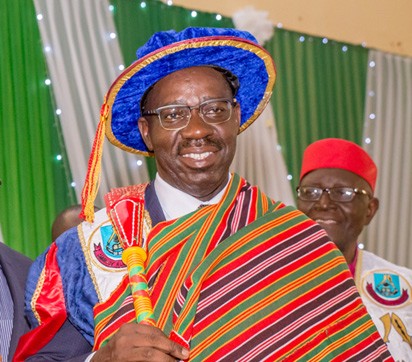 GOVERNOR Godwin Obaseki, yesterday, ordered the arrest of some teachers involved in malpractices in the primary six school leaving certificate examination in Edo State, vowing to ensure that basic education in the state was strengthened.

Obaseki spoke when he visited some of the examination centers in Benin-City, the state capital

Accompanied by the Head of Service of the state, Mrs Gladys Idahon, the Chief of Staff, Taiwo Akerele, Special Adviser on Basic Education, Joan Oviawe among others, the governor said: “We decided that this exam will be organized a lot better and a lot more professionally. You have private schools and you have public schools being tested. You saw the situation we had where teachers in primary schools try to come and influence exams so they can claim that children from their schools do better than the ones in public schools”.