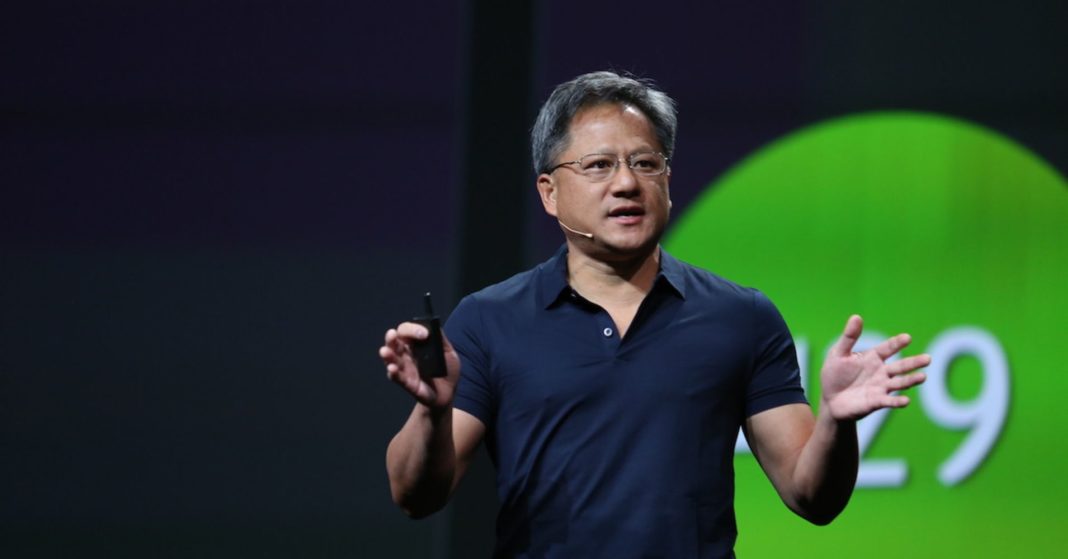 Nvidia’s meteoric rise from early 2016 through September of this year lifted its market value from $14 billion to over $175 billion. Demand was skyrocketing for processors that could handle workloads for artificial intelligence and mining of cryptocurrencies.

During the fourth quarter, investors have dumped Nvidia’s stock, cutting the price by 54 percent, making it the worst performer in the S&P 500 over that stretch. The stock fell 4.1 percent to $129.57 on Friday.

Nvidia has gotten caught up in a broader swoon that’s pushed down all the major indexes and had a particularly large impact on the stocks that led the bull market. The Nasdaq is down 21 percent for the quarter, on pace for its steepest drop since the fourth quarter of 2008, and the S&P 500 has tumbled 16 percent.

Chip stocks have been hit hard. The PHLX Semiconductor Sector Index, which consists of 30 companies including Nvidia, has dropped 19 percent, with Advanced Micro Devices plummeting 45 percent and Micron falling 33 percent.

But investors have found specific reasons to flee Nvidia. One of the catalyst’s for the stock’s prior rally was the company’s connection to cryptocurrencies, particularly Bitcoin. With the crash in Bitcoin prices this year, there’s been reduced demand for Nvidia’s graphics processing units to mine the currency. In November, Nvidia reported weaker-than-expected quarterly revenue and guidance.

“The crypto hangover has left the industry with excess inventory – excess channel inventory,” Nvidia CEO Jensen Huang said on a conference call with analysts after the earnings report.

The stock fell almost 19 percent on the day after the report and another 12 percent the following trading day. Analysts were quick to lower their price targets.

“We expect some correction in the valuation of the shares following this report, and we are constantly looking for attractive entry points,” wrote Stifel analysts, led by Kevin Cassidy.

Nvidia’s rapid sell-off is a reminder of how much speculation went into its earlier run-up, when the company played squarely into the hype surrounding artificial intelligence. Researchers flocked to the company’s GPUs to accelerate the training of their complex models, and Nvidia sought to capitalize on the craze.

Executives started talking more about AI and the company added AI features directly into its silicon. Cloud providers offered Nvidia GPUs that developers could rent. In 2016, Google announced custom-built chips that can train AI models just like Nvidia’s GPUs. But Nvidia brushed off any potential threat from Google, because the chipmaker’s processors would still be more widely available.

At its high, Nvidia was selling for almost 54 times forward earnings, well over four times the current price-to-earnings multiple for the semiconductor sector, according to FactSet. Sales and profit continue to grow — just not fast enough to meet investors’ lofty expectations.

Now shareholders are bailing. On Dec. 11, Bloomberg reported that SoftBank could sell its Nvidia stake early next year, citing people familiar with the matter. The stock has dropped in seven of the nine trading days since that story was published.