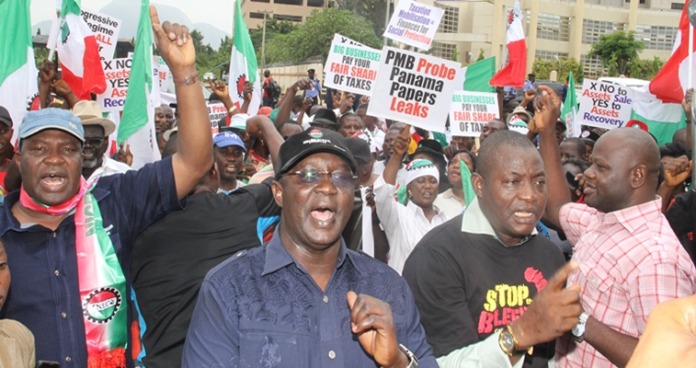 Sarki-Iya made the disclosure in an interview with newsmen on Thursday in Lafia.

“Other unions in the state are expected to declare strike today in solidarity with the NLC and TUC.

“The embattled NLC Chairman Abdullahi Adeka who is the Chairman of Medical and Health Workers Union is also directed to declare strike as a condition to be reinstated as the NLC Chairman.

“So if Adeka do the needful by joining the strike the state executive council will meet and take a decision regarding his reinstatement as directed by the headquarters of our union,” he said.

The NLC spokesman expressed gratitude to workers for total compliance with the strike directive and advised them to shun rumours and rely only on the union for updates on the strike.

In a swift reaction, Adeka, however, said that he had been reinstated as the state’s NLC Chairman by the national body.

He, however, added that if the state government failed to meet the demand of the union before the end of the week, all other unions would join the strike.

The organised labour in the state embarked on an indefinite strike demanding for better welfare.

The union had also passed a vote of no confidence on Adeka for allegedly compromising the agitation by the labour union while he was chairman.