‘No way he could’: Lawyer feared Trump was incapable of an interview with Robert Mueller 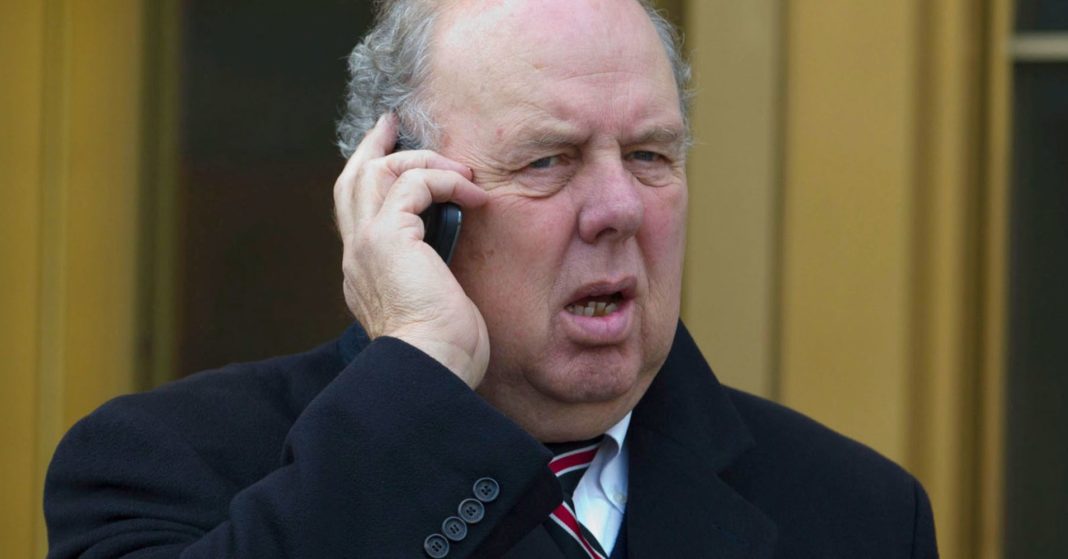 Donald Trump’s former lawyer John Dowd advised the president against being interviewed by special counsel Robert Mueller because he feared that the president was incapable of pulling it off, Dowd says on a new podcast.

Dowd also apparently was concerned that a sitdown interview with Mueller could end with Trump getting accused of making false statements to federal investigators, just as former Trump advisors have been criminally charged with doing by the special counsel’s office.

“What I was worried about is that he really couldn’t do it. He couldn’t do it,” Dowd said Tuesday on “The Investigation” podcast on ABC News Radio when asked why he did not recommend that Trump submit to in-person questions from Mueller.

Dowd said on the podcast that Trump each day reviews a “staggering” amount of information and is dealing with international issues whose signficance dwarfs the importance of the Mueller probe.

Both of those facts, Dowd argued, would put Trump at a disadvantage at being questioned in detail about items of concern to the special counsel’s team.

“In my questioning of him, or talking to him … first question, easy, second question, easy, third question, he wasn’t sure.
Dowd said. “And he doesn’t like being unsure. So he’ll guess. There’s your trap right there.”

“It’s not whether he lies, or not. Everybody wants to get into this you know, this integrity business. It’s not a matter of integrity, it’s overload.”

Dowd noted that Trump and the rest of the president’s legal team, including Rudy Giuliani and Jay Sekulow, ended up following his advice, by having the president answer questions from Mueller in writing, as opposed to in person.

“They never disagreed with me,” said Dowd, who resigned last March as Trump’s lead lawyer for Mueller’s investigation into Russian interference in the 2016 presidential election.The special counsel also is investigating possible collusion by Trump’s campaign in that interference, along with possible obstruction of justice by the president himself.

Dowd suggested that if Trump spoke to Mueller’s team in person he would be putting himself at risk of the special counsel alleging he made false statements.

“I ran big corruption cases. I didn’t go around, picking scabs and just making any case I could make. If there was a petty case, I shifted it to someone else. I didn’t do it. And that’s where I disagree with Bob.”

The White House, Giuliani and a spokesman for Mueller did not immediately respond to a request for comment from CNBC. The special counsel’s office declined to comment.

Dowd told ABC Radio that he does not believe that anything will be made public from any eventual report by Mueller about Trump – other than a statement that the investigation is concluded.

There has been speculation that Mueller will submit a report soon to the Justice Department, and debate over how much or how little of such a report would become public.

“i don’t think there’ll be a report. The rules of the [Justice] department say, no report,” Dowd said. “I will be shocked, if anything regarding the president is made public, other than, ‘We’re done.’ ”

Trump has repeatedly denied any wrongdoing by himself or his campaign. And he has railed against Mueller’s probe.

He added: “No collusion, no nothing.”