Nikki Bella reveals she and John Cena are ‘just friends’ 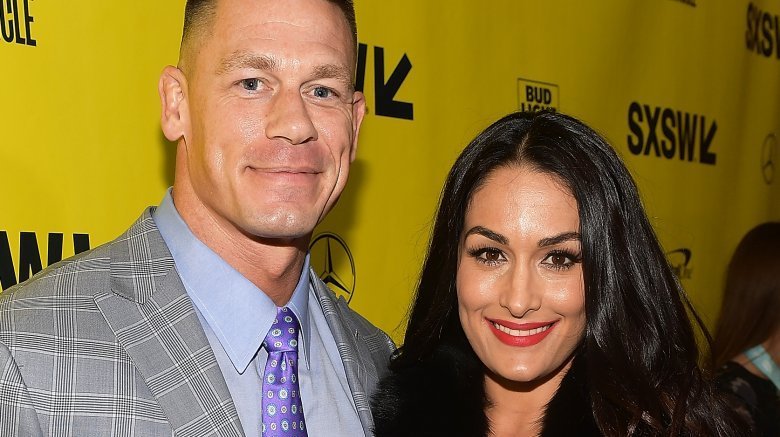 Nikki Bella is setting the record straight on her current relationship status.

On Sunday, July 1, 2018, the Totally Bellas star took to YouTube to reveal that she and former fiancé John Cena are not actually back together after announcing their split in mid-April.

“Right now, we’re just friends,” the WWE star told her fans. “We’re working on each other and trying to work on us, and we talk every day.” While Bella is hopeful the two will one day reconcile their longtime romance, she explained that spending some time apart will allow the on-and-off couple to work through some issues and figure out what they really want out of their relationship in the future.

She added, “[John] is not only my best friend, but he truly is one of the best people I have ever met, and he has patience with me and he has really taught me a lot over the last few months, and I think one of those things is an inner strength that I thought I had, but didn’t realize how strong I had it.”

As Nicki Swift previously reported, Cena, 41, and Bella, 34, shocked fans when they called off their engagement just three weeks ahead of their planned nuptials. They had been together for six years. “While this decision was a difficult one, we continue to have a great deal of love and respect for one another,” they said in a joint statement at the time. “We ask that you respect our privacy during this time in our lives.”

Soon after, multiple reports claimed they’d broken up because the Blockers star didn’t want to start a family. However, Cena later made headlines when he publicly revealed he’d changed his mind on the matter. “I still love Nicole,” he said during a candid Today show appearance in mid-May. “I would still love to marry Nicole. I still would love to have a family with Nicole.”

Bella was left “speechless” by the interview, as rumors of their rekindled romance soon followed. “Nikki Bella and John Cena are working on their relationship and taking it day by day,” her rep told Entertainment Tonight later that month. “They appreciate all of their fans and their continued support.”

While Cena and Bella have been working on their relationship in recent weeks, a number of other celeb couples have sadly called it quits on theirs. Alexis and Jim Bellino of the Real Housewives of Orange County announced their divorce after 13 years of marriage in late June. Meanwhile, British singer-songwriter Sam Smith reportedly split from actor Brandon Flynn of 13 Reasons Why just last week.