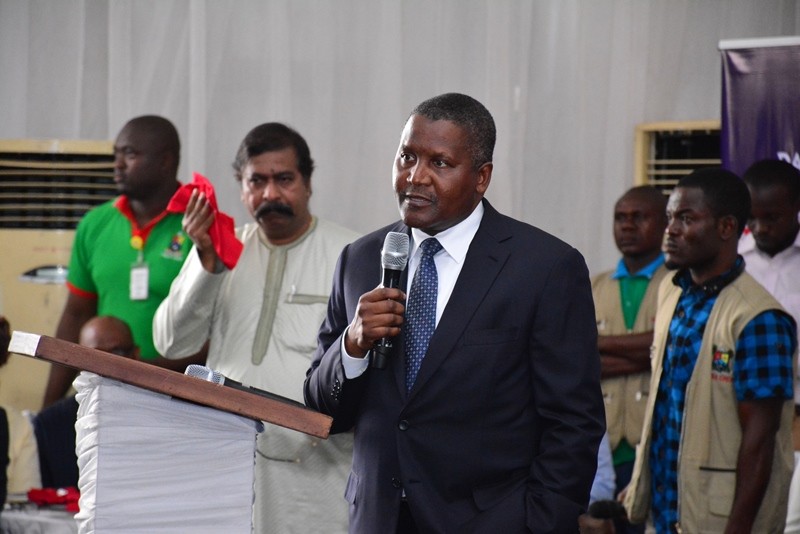 Acting President, Professor Yemi Osinbajo has said the quest to evolve a greater and more prosperous Nigeria lies in the prosperity of Lagos State, describing the State the commercial capital accounting for over 70 per cent of business in the country.

The Acting President alluded to a recent statistic released by the Federal Inland Revenue Service (FIRS) to the effect that Lagos accounts for 912 out of 914 individual businessmen who pay self-assessed tax of over N10million, saying that the strategic contribution of the State to the country’s economy could not be overemphasised.

While recalling his time as Attorney General and Commissioner for Justice in Lagos State, Osinbajo eulogized the leadership virtues of the then Governor of the State, Asiwaju Bola Ahmed Tinubu, who he said took cognizance of the diversity of the State while forming his cabinet in 1999.

Osinbajo said although he was sympathetic to the course of those craving for a Lagos for only its indigene, but it was now evident that the momentum of history could no longer hold down the elemental force of the State.

“This Lagos is going to be a leader; it would be a leader in expressing the world’s view that the black man is capable of governing not just himself but in leading the world,” Osinbajo said.

Besides, the Acting President commended Governor Ambode for his giant strides in the State, saying that the new vistas being opened in the State by the Governor were capable of making Nigeria great.

“And every day that we see the giant strides that Akinwunmi Ambode is making here in Lagos; everyday that we watch television and see the new vistas that he is opening up, it is evident of the fact that surely in this Lagos State lies the seed of the great Nigeria of our dreams,” Osinbajo said.

Earlier, Governor Ambode in his address, said his administration was fully committed to take on the huge responsibility to make the next 50 years even more productive and memorable, worthy of bigger celebrations by the next generation.

“Ladies and Gentlemen, fellow Lagosians, the vision for the future is clear. We foresee a smart city much more in line with the other great cities of the world, where clean and decent living, seamless and efficient transportation as well as sustainable environmental practices are the norm rather than the exception,” he said.

Describing the celebration as historic, Governor Ambode saluted the contributions of the founding fathers of the as well as the 13 former Governors of the State, saying that their selfless service has placed the State on a pedestal of greatness.

Governor Ambode alluded to a paragraph of the inaugural speech of the first governor of the State, Brigadier General Mobolaji Johnson, on the undoubted talents and rich cultural heritage of the Lagos people, saying it was apparent of where the Lagos success story took flight.

“That entitlement and devotion to use our God-given talents and heritage to develop Lagos is the main reason for our success story. Fifty years after, we look back with gratitude to all our founding fathers and mothers; both living and past heroes and we all say a big thank you to all of you. God bless you always,” he said.

Governor Ambode while noting that he was humbled to be at the helm of affairs at a historic threshold for the State, thanked General Yakubu Gowon, the then Head of State, who signed the decree that established Lagos State as part of the Twelve States created from the regions and Lagos Colony.

“It is with the greatest pride that I stand here before you on the occasion of the 50th anniversary of our dear State. I was only 4 years old when the State was created and little did I know that I would be standing, fifty years later, as Governor of God’s greatest gift to Nigeria and Africa.