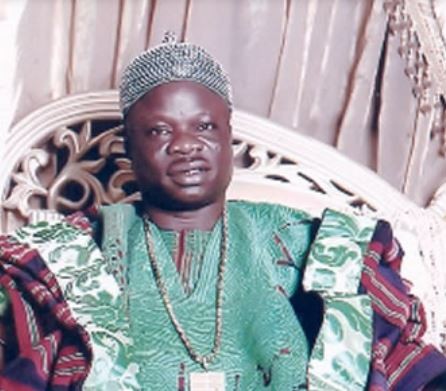 The Olofa of Offa in the Offa Local Government Area of Kwara State, Oba Mufutau Gbadamosi, in a recent interview with Punch spoke on the April 5 bank robberies in the ancient town and the police investigation into the raids saying most Nigerian politicians sponsor thugs.

See excerpts from the interview below…

How do you feel about the killings during the bank robberies of April 5 in your kingdom?

Are you satisfied with the efforts of the police in relation to the investigation being carried out into the bank robberies so far?

To some extent, the investigation was going on perfectly but later, it took another dimension that was not clear to all of us because it was politicised and we are praying to the almighty Allah that such should not affect the dispensation of justice or jeopardise justice.

How do you mean that it was getting politicised?

Security agents made some arrests and investigation was going on but we later heard that names of the Senate President, Dr. Bukola Saraki, and others were being mentioned and linked to the incident and we do not believe (their involvement in the incident). We believe that is politics. We believe that it is political persecution and nothing more than that.

Why did you say it is political persecution?

Do you expect somebody like Bukola to ask someone to carry a gun and kill the people he is ruling or steal their wealth? He has been giving us; we do not expect that he would go and rob Offa or ask some people to go and rob us. What will he gain from that?

But some of the suspects arrested were allegedly seen at the wedding of Saraki’s daughter suggesting that they are close friends of his family.

You can see them at (social) venues. It is just like you sending someone with your car to go and get something from the market and he decides to use the car for another thing. Would that mean that you are the one that sent him to go and do that? If I give you my car to pick a friend from Ilorin, and on your way, you decide to branch to Omu-Aran to go and do another thing, does that mean I am the one that sent you to Omu-Aran? That is it! If it is a question of thugs, all the politicians have thugs. You would not know what they are doing. I listened to the confessions of the suspected robbers. They never said he (Saraki) sent them to go and rob. They said they were his political thugs and that he was not aware of their robbery (operations).

Some people argue that Saraki, by empowering them and giving them vehicles, emboldened them to commit crimes and they felt protected or shielded by the number three citizen of Nigeria.

He gave vehicles to a lot of people. He gave many people all over the country. Many people received vehicles from him. Even in Offa, any time politicians are doing their empowerment programme, they give out cars, motorcycles and other items to people. Did they give them such things to them so that they can commit crime? It is to empower them. If they are sensible enough, they use it for commercial purposes. Empowerment is not an encouragement to go and steal.