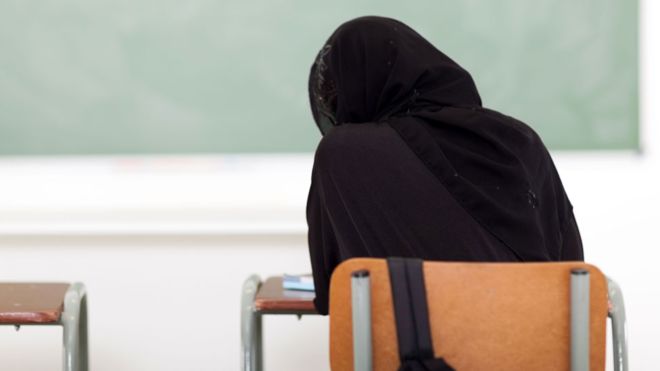 A Nigerian law graduate has been denied her call to the bar after insisting on wearing a hijab during the ceremony.

Amasa Firdaus was refused entry into the hall at the law school at the University of Ilorin where the ceremony took place.

She refused to remove her hijab, insisting instead on wearing the wig on top of her headscarf, local media say.

This was deemed as going against the dress code set by her law school, the university says.

Ms Firdaus described the actions of the Nigerian law school as “a violation of her rights”, according to reports.

The case has attracted significant attention on social media.

A female Instagram user said Ms Firdaus was within her rights.

She was my sis roommate and i knee her using hijab, its her right.This isn’t too much, I wonder what type of country we find ourselves in. Why won’t they call her to bar cos she used a small hijab. Wen did dressing in a modest way become a crime. #istandwithfirdaus #justiceforfirdaus #justiceleague #callfirdausa #muslimnotterrorist

One Twitter user, Juliet ‘Kego, said it was an example of sexism in Nigerian society.

However, Tobechukwu Ekwunife said Ms Firdaus should respect the no-hijab rules of the law school.

The University of Ilorin is a federal university in the western Nigerian state of Kwara, 162 miles (261 km) from Lagos.