Why Zimbabwe has a ‘Minister of WhatsApp’ 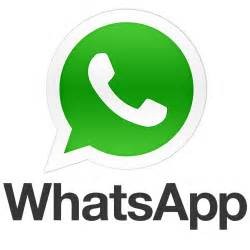 A spoof government notice hit social media as soon as President Robert Mugabe announced he had set up a new ministry responsible for Cyber Security, Threat Detection and Mitigation.

Zimbabweans reacted with customary humour to the letter, which faked the signature and letterhead of the new appointed cyber minister – Patrick Chinamasa – and instructed all WhatsApp group members to register with the ministry by November.

The letter was signed “By The Cyber Powers Vested In Me”.

But the jokes have since subsided, and Zimbabweans are now considering what the new ministry will mean for their civil liberties – especially freedom of speech.

‘A threat to the state’

President Robert Mugabe’s spokesperson, George Charamba, says Mr Mugabe came up with the idea of a new ministry to deal with an “emerging threat to the state… a threat founded on abuse and unlawful conduct”.

Social media is possibly the primary platform Zimbabweans use to communicate and receive news. It is thriving despite restrictive laws governing freedom of expression.

Over the last 16 years, internet usage in the country has grown from 0.3% penetration to 46%, data from the International Telecommunications Union (ITU) shows.

Several TV stations and online publications, some operating from the diaspora, use the internet to disseminate news out of the reach of the government.

When petrol stations ran out of fuel last month, there were dramatic scenes of long queues at supermarket as Zimbabweans stocked up, anticipating food shortages.

Worried by these events, the government blamed social media messages for spreading panic.

“Social media was abused to create a sense of panic, thereby creating some sort of destabilising in the economy,” says Mr Charamba.

The new cyber security minister, Mr Chinamasa, agrees. He commented at the time, before his appointment, that “the cause basically was social media”.

“It means it’s a security issue,” he adds. “It is also a political agenda, a regime change agenda. We are going to look at what exactly happened with a view to take corrective measures in the security arena.”

But others say the government’s stance is a threat to civil liberties.

One communications rights group, the Zimbabwe chapter of the Media Institute for Southern Africa (Misa), says this new scrutiny of social media goes against the spirit of the constitution and freedom of expression.

“These unfortunate threats have resulted in self-censorship by [individuals] when engaging on topical issues affecting the country,” it said in a statement.

It also criticises censorship of Zimbabwe’s media, “who have on occasion been chastised for incorporating citizen opinion as expressed online in their reportage”.

Going a step further, Zimbabwe’s opposition Movement for Democratic Change (MDC) says the government’s new cyber threat ministry is a means for government to spy on its people.

MDC leader Morgan Tsvangirai also believes that the ministry has been created to curb free speech in time for the 2018 polls.

“Mugabe… will do whatever it takes to control and muzzle social media in order to suppress public discontent against his regime,” he said.

“However the good news is that the regime has no capacity to suppress the use of social media.”

Many Zimbabweans have reacted wryly to the news of the creation of a cyber minister, referring to Mr Chinamasa as the “Minister of WhatsApp”. 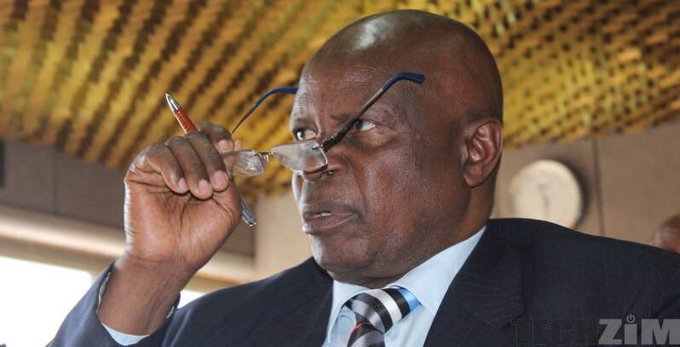 When you go from Minister of Finance to national whatsapp admin. 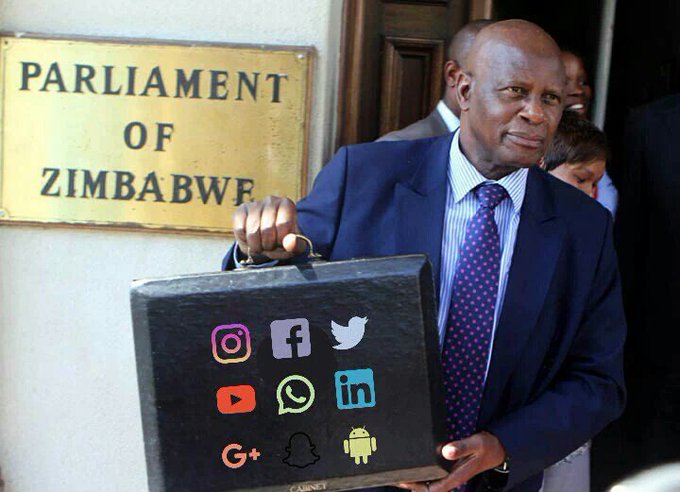 Now who did this

, Zimbos have no chill.#Zimbabwe‘s new minister of Cyber Security, Threat Detection and Mitigation.

Some say the ridicule shows a lack of understanding about the global threat of cyber crime.

2/2 Cyber crime is real in #Zimbabwe so Govt has to protect Critical Information Infrastructures.

Others see a link between the government’s scrutiny of online communication and the forthcoming elections. 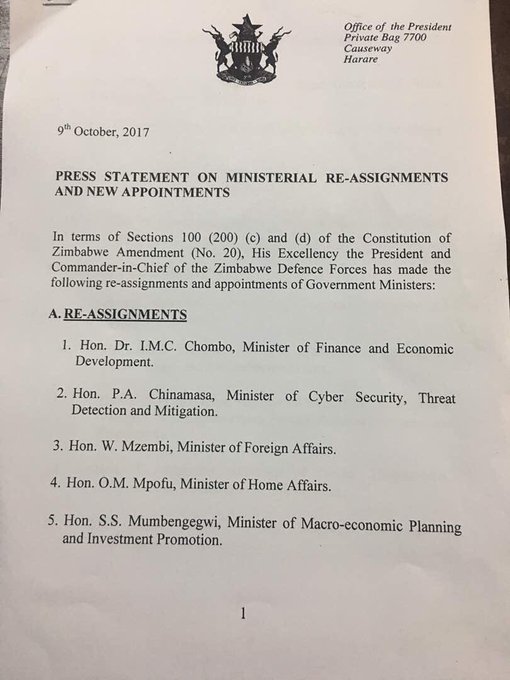 #Zimbabwe‘s new Ministry of Cyber Security, Threat Detection and Mitigation is an ominous sign for internet freedom as elections approach.

Zimbabwe Lawyers for Human Rights says that since 2010, it has assisted more than 100 people arrested under a law which makes it a jailable offence to “insult the president” and “undermine his authority”.

Ordinary people have been arrested and charged for calling the 93-year-old leader “old”, “a donkey” and even for accusing him of ruining the country.

The Zimbabwean government has said new legislation will not stifle freedom of expression and will protect the public from new threats such as revenge pornography and cyber attacks.

Presidential spokesperson Mr Charamba says Zimbabwe will look closely at how other nations have dealt with the threat of cybercrime – including Russia, China, and South Korea “who have faced similar challenges”.

While several countries around the world have anti-cyber crime departments and agencies, Zimbabwe is among the first to create an entire ministry.

One is from a “Mr Chaipa”, urging Zimbabweans only to share content on social media that they would be able to defend in court.

Mr Chaipa said it was easy for the government to monitor online messages, and gave a list of online activities that could be classified as criminal offences.

“In the coming months a lot of people will be arrested and used as examples to deter people from ‘abusing’ social media towards the elections,” he warns. “Don’t be made an example.”