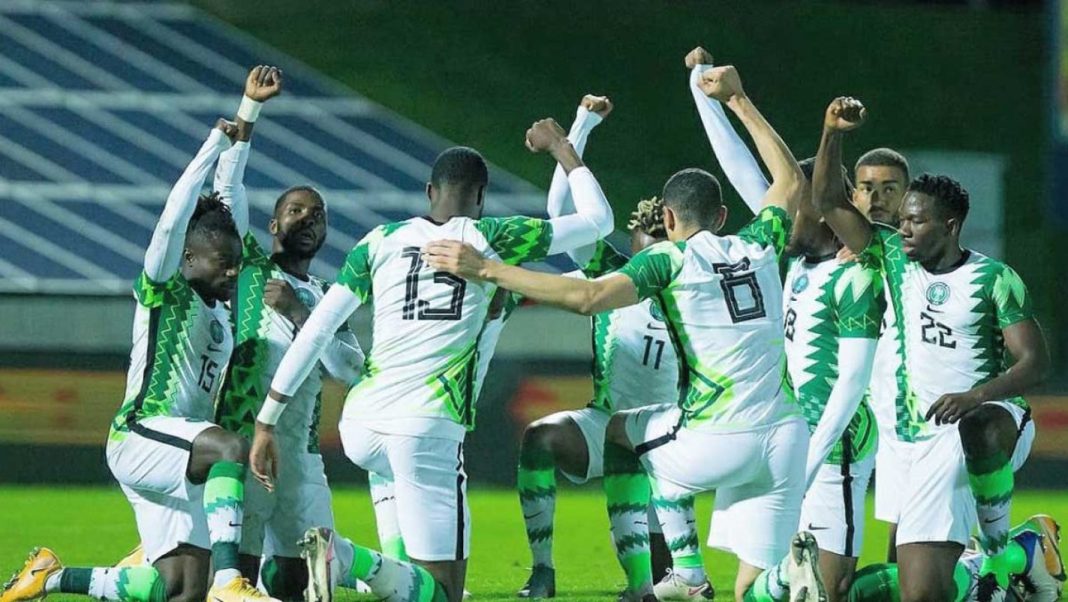 Nigeria’s Super Eagles have suffered another injury blow ahead of their 2023 Africa Cup of Nations, AFCON, qualifier against Sao Tome and Principe on Monday.

According to Completesports, Innocent Bonke has been ruled out of the Super Eagles’ AFCON qualifying match against Sao Tome and Principe due to injury.

The Lorient midfielder was replaced at the break by Katsina United defender Sani Faisal.

Bonke jetted out to France on Saturday for further treatment on the injury and will not take part of Nigeria’s clash with Sao Tome at the Stade Adrar Stadium.

Meanwhile, Vice-captain, William Troost-Ekong has already been ruled out of the game due to injury.

The Watford defender sustained the injury in Nigeria’s AFCON qualifier 2-1 win against Leone Stars of Sierra Leone on Thursday.