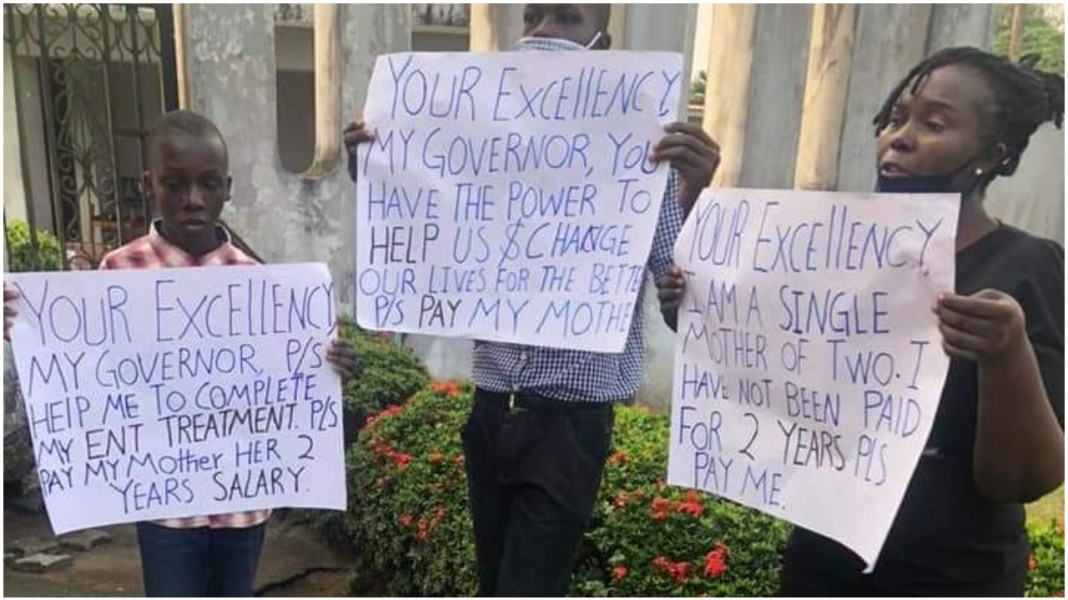 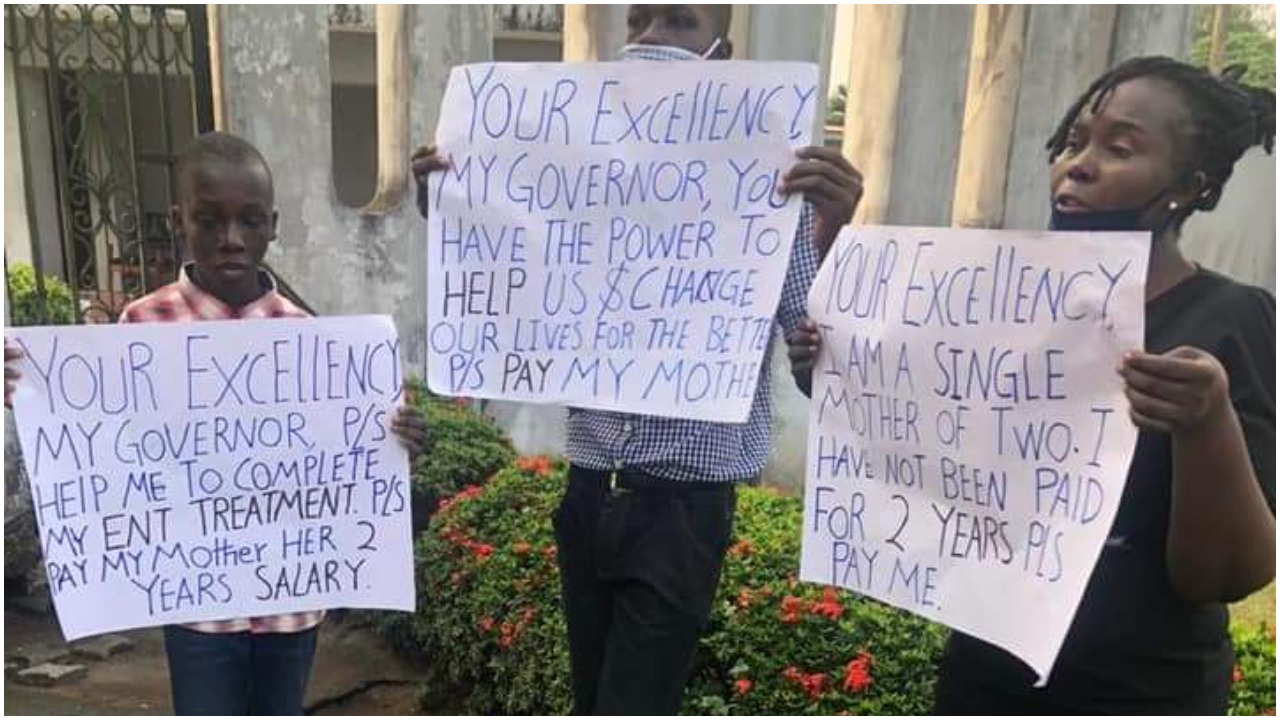 The protesting Magistrate, alongside her two children, was seen carrying placards with various inscriptions such as “Our Excellency, I am a single mother of two, I have not been paid for two years. Please pay me my two years salary.

“Your Excellency, My Governor, you have the power to help and change our lives for the better. Please pay our mother and your Excellency, my governor, please help me to complete my treatment, and please pay my mother her two years’ salaries.”

A few minutes later, observed that over thirty other magistrates in the State who were not paid their two years salaries emerged from nowhere and blocked the governor’s office’s entire entrance, disrupting economic, social, and political activities in the office.

In a chat with our correspondent, a Magistrate in Akpabuyo, Art Edem, who was among the demonstrators, lamented the non-payment of their two-year salary, describing Governor Ben Ayade’s activity as divide and rule, saying he was paying some and deceiving others.

Magistrate Edem said that they have been patient enough, as it is their right to be employed. ”We are Nigerians and Cross Riverians. It is our right, no matter what it takes.

“It is unfair; we are coming out today to mount the street for the next one month, protesting for the non-payment of our salaries. Let him come out and tell us that we are not entitled to employment. We have exhausted every negotiating power with him. We will not give up until we are paid,” he stated.

Magistrate Edem said, “Magistrate Ashipu was thrown out of her resident because of non-payment of rent, and the Attorney General offered to pay part of the money meant for the Magistrate, and she has gone to arrange her things with her landlord.

“The Attorney offered to pay N210 000 as part payment for the expired rents,” she said.

When contacted via phone, the Permanent Secretary in charge of Security, Governor’s office, Dr. Alfred Mboto, said he was not aware of the protest. If his attention were drawn, he would address the issue.