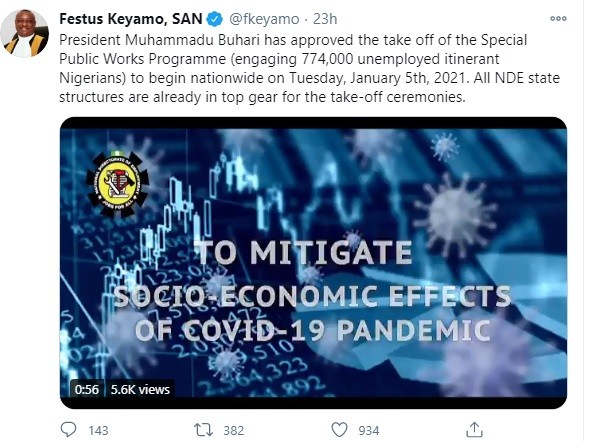 Buhari, Festus Keyamo, the Minister of State for Labour and Employment, has revealed that the Special Public Works Programme which would engage 774,000 unemployed Nigerians will finally kick off nationwide on Tuesday after several postponements.

He said that President Muhammadu Buhari has approved the commencement of the initiative.

His tweet read: “President Muhammadu Buhari has approved the take-off of the Special Public Works Programme (engaging 774,000 unemployed itinerant Nigerians) to begin nationwide on Tuesday, January 5, 2021. All NDE state structures are already in top gear for the take-off ceremonies.”

Recall that the program designed to employ 1,000 Nigerians from each of the 774 Local Government Areas in Nigeria was initially scheduled for launch on October 1, 2020.

The program ran into delays after the power play between Keyamo and the Director-General, National Directorate of Employment, Dr. Nasiru Mohammed Ladan Argungu, who was sacked last December. 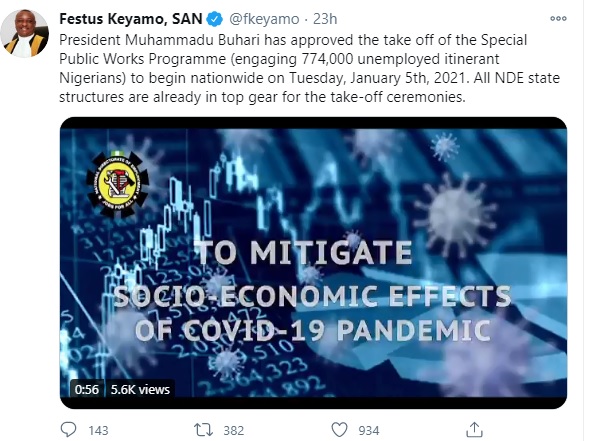