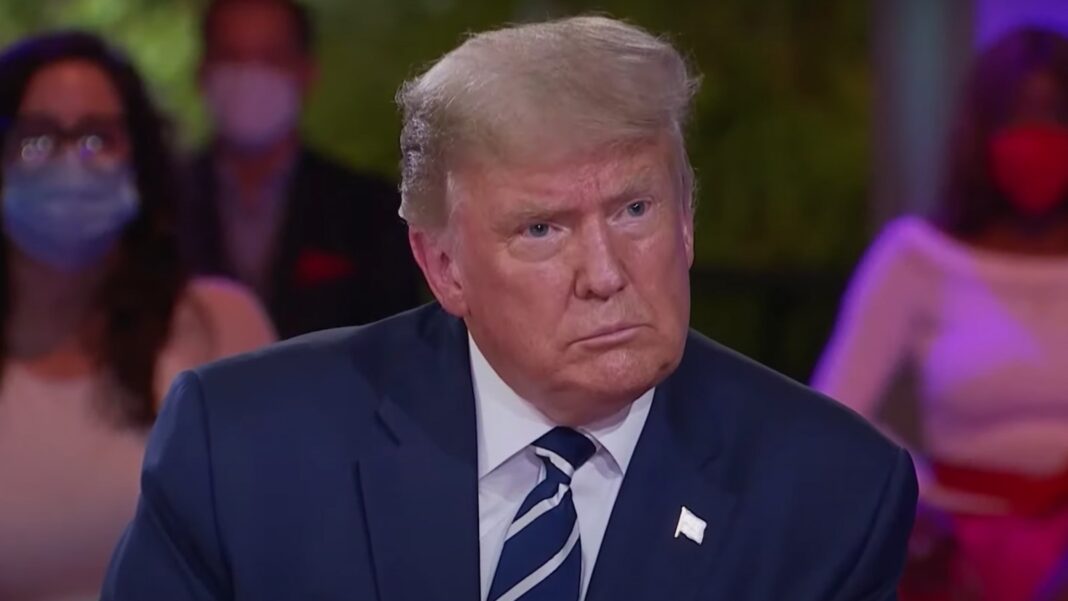 Donald Trump. According to Variety, MSNBC star Rachel Maddow criticized her parent network for airing the president’s event simultaneously with Joe Biden’s town hall. Maddow also made her feelings known during an interview with VP candidate Kamala Harris. During an Oct. 14, 2020 interview on The Rachel Maddow Show, the MSNBC anchor asked Kamala Harris if she was “as mad as everybody else” about NBC’s town hall with Donald Trump. Harris responded with a laugh, “I’m not touching that.” But the stars of NBC, alongside many colleagues outside of the network, weren’t so diplomatic.

Via USA Today, the protest letter signed some of the Peacock’s brightest claims the network gave in to Donald Trump; “You are enabling the president’s bad behavior while undercutting the Presidential Debate Commission and doing a disservice to the American public. This is not a partisan issue. This is about the political health of our democracy.” The letter also included this specific request: “We are simply asking that NBC air the President’s town hall either before or after Vice President Biden’s so that American voters can have the opportunity to watch both.” wowplus.net

That didn’t happen. “Our decision is motivated only by fairness, not business considerations,” NBCUniversal News Group chairman Cesar Conde said in his justification for the simultaneous broadcast.

One person, who did seem pleased? Donald Trump, who tweeted a dig at his opponent early the next day using a derogatory nickname and claiming the former vice president had “a very bad showing last night.”