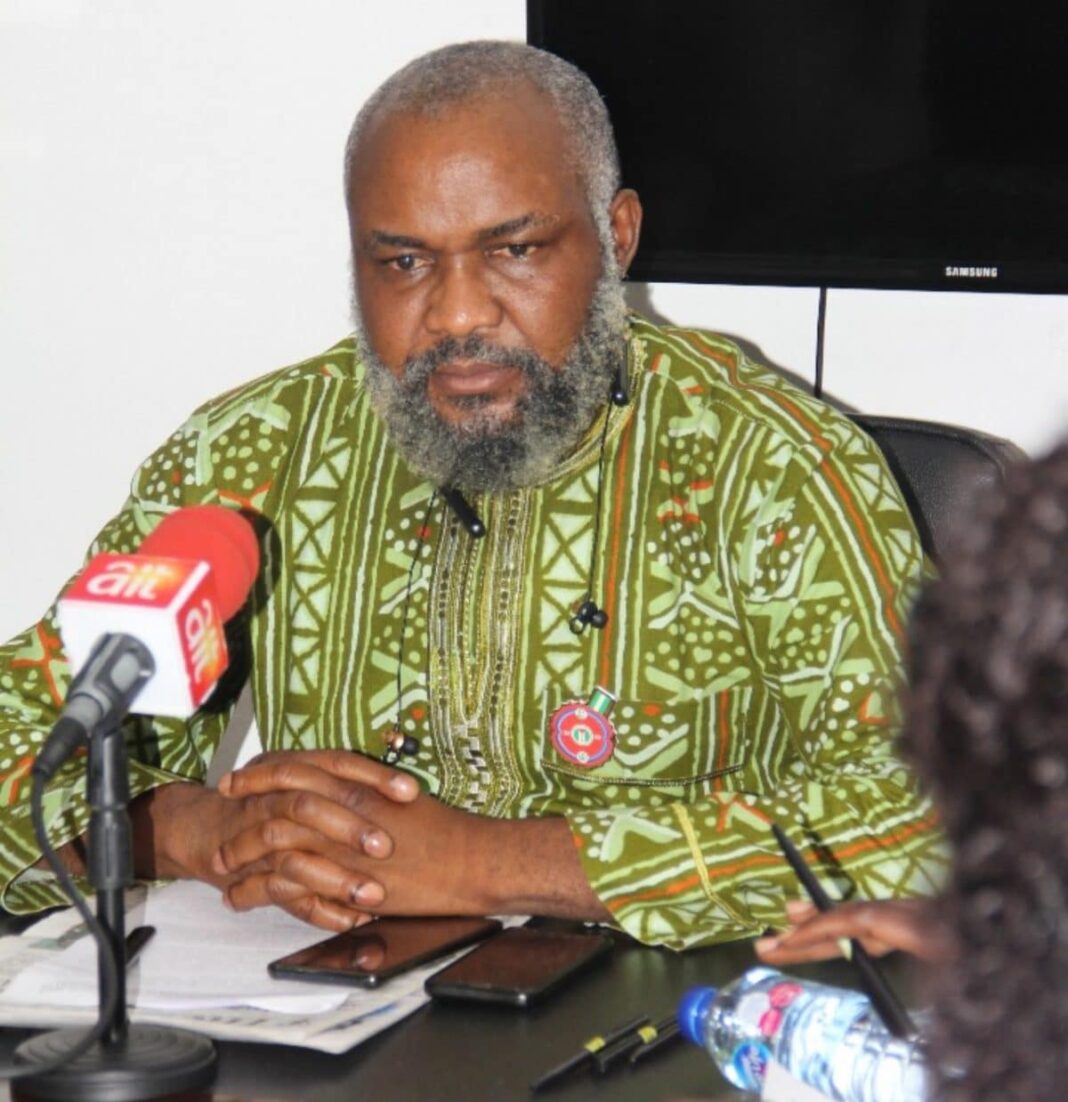 HURIWA said the Buhari’s administration created an atmospheric circumstance which planted seeds of discord that has fully germinated and evolved into a near hydra headed monster threatening to tear down the walls of unity which has held Nigeria since October 1st 1960 as an Independent political sovereign nation together.

In a statement jointly signed by its National Coordinator, Comrade Emmanuel Onwubiko and National Media Affairs Director, Miss Zainab Yusuf, HURIWA urged Buhari to urgently end the season of naked hypocrisy in the fight against corruption in Nigeria next year.

The statement reads: “Now, the President Muhammadu Buhari-led administration has started using the Code of Conduct Tribunal to witch hunt Christians holding top level positions in government at the centre such as the then Chief Justice of Nigeria Justice Onnoghen, the acting Registrar General of Corporate commission Mrs. Azinge and many others have been removed from office over nebulous charges just for their faith and Ethnic identity just as all the Internal Security Services are all headed by Hausa/Fulani MOSLEMS thereby marginalizing the rest of the nation including Christians, animists and African traditional worshippers.”

HURIWA has also expressed absolute lack of confidence and trust in the commitments of the current administration to decisively wage a thoroughly objective, balanced and forthright war against the widespread greed, avarice, bribery, corruption and staggering economic crimes being systematically carried out by top level government appointees and unelected members of the so-called Presidential cabal who have come under the searchlights of overwhelming accusations of heist of federal government’s resources which the Economic and Financial Crimes Commission (EFCC) and the timid Independent Corrupt Practices and Allied offences Commission (ICPC) usually gloss over or even go into media overdrive and unrestrained hysteria of providing defence for the accused highly connected persons in the corridors of political power in Abuja.

The Rights group said it was “sad and unfortunate that over two dozen high profile allegations of graft and corruption by Presidency officials including the Presidential cabal in the mismanagement of revenues accruing to Nigeria through the activities of rogues in the Nigerian National Petroleum Corporation; the Federal Inland Revenue Services, the Nigerian Customs Service (NCS) and even amongst cabinet level ministers who were governors in the immediate past dispensation but who have conveniently been granted soft landing and suspended immunity by the anti-graft bodies just for decamping to the ruling All Progressives Congress (APC).”

The Rights group said the current Ministers of Petroleum Resources who was former Bayelsa State governor Temipre Silva, the Minister of Niger Delta Affairs Senator Godswill Akpabio and the Minister of Defence Major General Bashir Magashi(rtd) implicated in a scam during the regime of the then maximum military dictator General Sani Abacha of in-glorious junta are going about as government officials with Presidential licences to operate as overlords who are above the law of the land. The current administration promotes impunity and lawlessness.

HURIWA stated as follows: “May we remind President Muhammadu Buhari that he has been hypocritical about the fight against corruption and his government has embarked on political vendetta and the use of selective vigilante justice application both within and without his administration targeting those elements who are suspected of some levels of disloyalty.

“Even as recent as Yesterday, the current administration came under heavy criticism for his failure to act in the alleged indictment of his Minister of Defence, Bashir Magashi, for a $550,000 security fund diversion. Presidential spokesman, Garba Shehu reportedly deflected response on the allegation against the minister of defence.

“HURIWA recalled that as reported by the media, against a groundswell of allegations of cherry-picking on whom to prosecute in his anti-corruption offensive, Buhari is now directly fingered for shielding Magashi, who is accused of stealing and shipping $550,000 from the nation’s treasury to an offshore account.

“Magashi has been called out to explain his role in the slush amount he received from the infamous ‘Abacha loot’ estimated by Transparency International to be at least $5 billion, out of which $3 billion has been recovered. In aviation ministry, N1 billion was allocated for air Nigeria since two years now but till now there is no clarity and accountability from the ministry of Aviation.”

HURIWA therefore challenged the current government to make a resolution in the New Year to decidedly wage a war against corruption starting from a six-month wave of anti-graft crusades within the Federal government officials beginning from the cabinet level ministers and directors General of federal government agencies in Nigeria.

“The other time the chief security officer to the Wife of the President was allegedly accused of stealing about N1 billion from the bedroom of the First Lady and the First family. That allegation has died down. There is little or no transparency or accountability in the running of government strategic revenue yielding bodies that even the regulatory body in the solid and crude minerals sectors known as NEITI has continuously indicted NNPC in the alleged diversion of billions of Public fund.

“A few days back the newspapers reported that a son of a Director-General of a federal agency was caught in Dubai with $5 million USD cash and driving a Lamborghini. The $1 billion security fund taken from the Escrow account has not been accounted for. President Muhammadu Buhari should focus on his home front and stop the political fights,” the statement added.