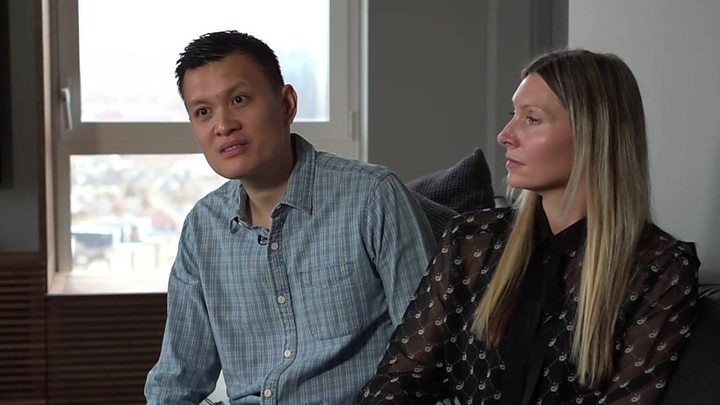 Each year the NHS receives more than 10,000 new claims for compensation.

This figure includes all current unsettled claims and projected estimates of ones in the future.

The Department of Health has pledged to tackle “the unsustainable rise in the cost of clinical negligence”.

The Association of Personal Injuries Lawyers believes the cost is driven by failures in patient safety.

Doctors represented by the Medical Defence Union, which supports doctors at risk of litigation, are calling for “a fundamental” reform of the current system.

Hayden Nguyen was born in August 2016. Six days later he died in the Chelsea and Westminster Hospital in London. His heart failed after it was attacked by a virus.

Initially, Hayden’s parents did not know what had happened to him. In the face of official silence and in a bid to get answers they took legal action against the hospital.

After three years the trust admitted liability for a failure to adequately treat his condition. The Nguyens received a small amount of compensation and their legal fees were met by the trust.

His father Thong said: “It was every parent’s worst nightmare. We had to sit there and watch our son slowly die in front of our eyes.

His mother Alex said: “It has been four years so far of trauma after trauma.”

All hospital trusts in England contribute to a central fund called the Clinical Negligence Scheme for Trusts, administered by NHS Resolution, the body which oversees clinical negligence claims.

This scheme funds the vast majority of claims and legal fees.

In 2019/20 it is expected that hospitals will put £1.9bn of contributions into the scheme.

Suzanne White, from the Association of Personal Injuries Lawyers, said people came to her on a daily basis with no intention of suing the NHS.

But she said they often found it difficult to get answers from the medical authorities – and were left with no other option but to sue.

“What they want to do is find out what went wrong, why they have received these injuries… and to make sure it doesn’t happen to other patients.”

She said that although only 10% of claims relate to obstetrics, they take up 50% of compensation. This is often because a child injured at birth will need a lifetime of care.

The Department of Health said there had been no decline in patient safety.

“Our ambition is for the NHS to be the safest healthcare system in the world,” it said.

However, the Medical Defence Union said reform of the system was needed, including a change in the way compensation is calculated, and the establishment of an independent body to assess claims.

Dr Christine Tomkins, its chief executive, said: “This is money that should be going to healthcare, but instead is going to compensation claims – which is impairing all of our access to healthcare.

“We are now awarding compensation in sums of money higher than almost anywhere in the world. What we need is a fundamental change to the legal system.”

Peter Walsh, chief executive of Action Against Medical Accidents, said the government had taken a “short-sighted and somewhat cynical approach”.

“The NHS is not investigating incidents properly, recognizing when it has harmed patients and seeking to compensate them fairly and promptly.”

NHS Resolution, said it was trying to keep down costs, for instance by promoting mediation as one solution.

“Over 70% of the claims brought against the NHS are resolved without going to court,” a spokesperson said.

“It is of course vitally important that we learn from harm in order to improve patient safety.”