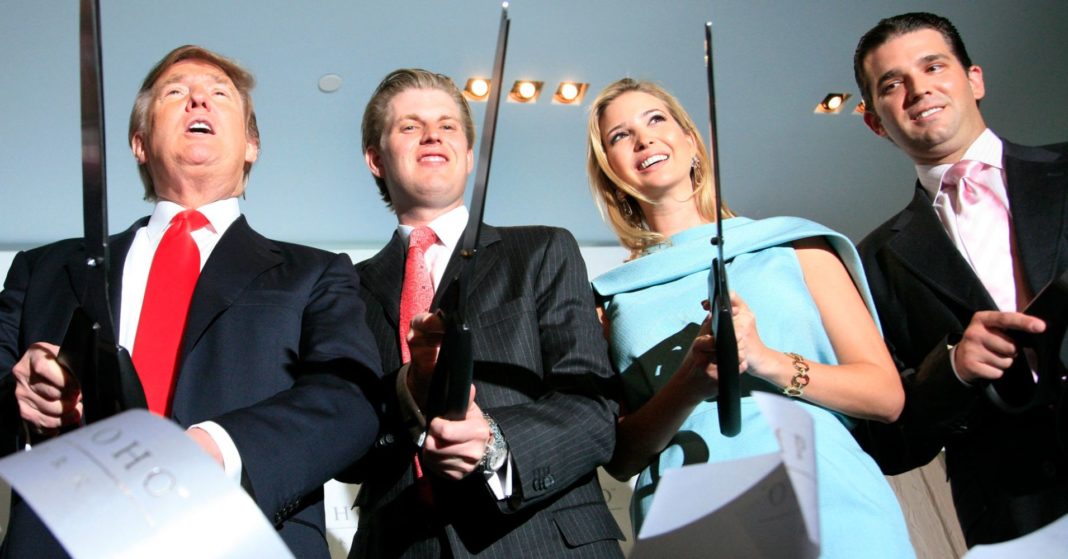 A New York judge on Friday denied a request from President Donald Trump and his family members to dismiss a lawsuit against them and the Trump Foundation alleging that the charitable foundation violated state and federal laws for “more than a decade.”

In her ruling, Justice Saliann Scarpulla of the New York state Supreme Court shot down an argument from the Trump family’s attorneys that the case should be dismissed because the Supremacy Clause of the U.S. Constitution suggests “a sitting president may not be sued.”

Scarpulla also rejected Trump’s argument that the state court lacked jurisdiction over the president in this case. While the Constitution prohibits state courts from exercising “direct control” in a way that interferes with federal officers’ duties, Scaruplla wrote: “Here, the allegations raised in the Petition do not involve any action taken by Mr. Trump as president and any potential remedy would not affect Mr. Trump’s official federal duties.”

Scarpulla noted that the defendants “have failed to cite a single case in which any court has dismissed a civil action against a sitting president on Supremacy Clause grounds, where, as here, the action is based on the president’s unofficial acts.”

“I find that I have jurisdiction over Mr. Trump and deny Respondents’ motion to dismiss the petition against him on jurisdictional grounds,” she wrote.

“As we detailed in our petition earlier this year, the Trump Foundation functioned as little more than a checkbook to serve Mr. Trump’s business and political interests. There are rules that govern private foundations — and we intend to enforce them, no matter who runs the foundation. We welcome Justice Scarpulla’s decision, which allows our suit to move forward,” Underwood said in a statement.

A lawyer for the Trump Foundation, in a statement to CNBC, said: “The decision means only that the case goes forward. As we have maintained throughout, all of the money raised by the Foundation went to charitable causes to assist those most in need. As a result, we remain confident in the ultimate outcome of these proceedings”

The White House did not immediately responded to CNBC’s requests for comment on Scarpulla’s decision.

The judge’s ruling could bolster other legal actions against Trump in New York and other states. Those include a complaint by former ”Apprentice” contestant Summer Zervos, who is one of a dozen or so women who accused Trump of sexual misconduct. Zervos, who has been pursuing a defamation case against the president, claimed that Trump forced himself on her in 2007. Trump has denied the claims.

After Underwood first filed the suit in June, Trump had vented rage on Twitter against “the sleazy New York Democrats.”