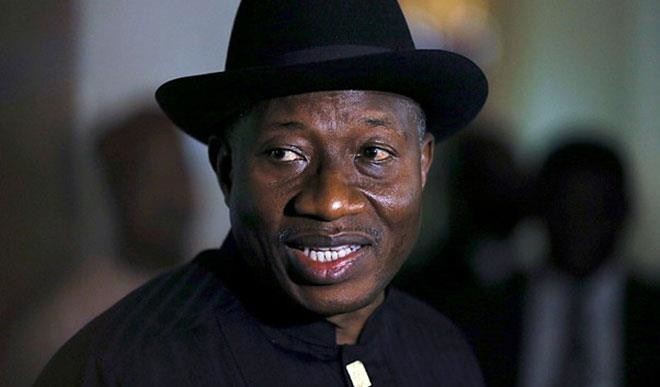 The National Economic Council at its monthly meeting, on Thursday, accused former President Goodluck Jonathan of alleged discriminatory sharing of the Ecological Fund to states governed by the Peoples Democratic Party during his administration.

It said ‘friendly states” benefitted to the tune of N2bn each while states governed by the then main opposition parties were left out of the largesse.

The council also queried the Accountant-General of the Federation over some discrepancies noticed in the balance of the Excess Crude Account.

The NEC, chaired by the Acting President, Yemi Osinbajo, has all state governors  and some ministers as members.

Kaduna State Governor, Nasir el-Rufai, told State House correspondents at the end of the meeting that he briefed the council in his capacity as the chairman of the 11-man committee asked to look into the Management of the Ecological Fund.

He added that he gave the interim report of the committee on how the fund had been utilised from May 2010 till date.

El-Rufai explained that the committee, which has some governors, minister of finance and some permanent secretaries as members, realised that a lot of the deployment of the funds was based on the discretion of the President.

The governor added, “The committee established beyond all doubts that in 2013, the administration of President Goodluck Jonathan gave N2bn to certain states of the federation but excluded other states.

“The states that got it were all PDP states and states of other parties that were sympathetic to the PDP like Labour Party in Ondo and APGA in Anambra State.

“Nineteen states and the FCT did not get the N2bn from the Ecological Fund.  These states are Adamawa, Akwa Ibom, Borno, Edo, Ekiti, Imo, Jigawa, Kano, Kwara and Lagos.

“So, essentially, what President Goodluck Jonathan did was to take N2bn each from the Ecological Fund and gave to some PDP states. Any PDP state that was not his friend, like Kano and Kwara, didn’t get; and all the other opposition parties, like no ACN state got anything, no ANPP state got anything.”

El-Rufai added that the committee considered the development as discriminatory and recommended that the 19 states and the FCT that did not get the N2bn in 2013 be given N2bn each to level the playing field.

This, he said, meant that there was only about N13bn available for distribution to the states that were discriminated against.

He said since the N13bn could not go round the 19 states and the FCT at the rate of N2bn each, the committee recommended partial payment to these states that were discriminated against by Jonathan.

He, however, said the council deferred decision on that recommendation until when the committee would submit its final report in June.

“My state got because my state was governed by the PDP and was very friendly with Jonathan. In my state, the amount was used to do some ecological projects but in some states, the money simply vanished.

“So we are saying in fairness, the other states that did not get this N2bn on discretionary basis should get. This is why President Buhari is here to right the wrongs of the past.”

Also, the Imo State Governor, Rochas Okorocha, stated that the committee also received a report on the balance in the Excess Crude Account which was put at $2.3bn.

Okorocha said the council directed the Accountant-General of the Federation to look at the discrepancies noticed and report back to the next meeting.

He said, “Council reviewed many money issues as they affect our nation. We were made to understand from the Office of the Accountant-General that the excess crude account as of May 24 stood at $2.3bn.

“Council also reviewed the discrepancies in figures and we have said the Accountant-General will look at it and at the next meeting, he will brief the council appropriately.

“The good news is that we have been reliably informed that crude production at Forcados Terminal will soon commence and this will, in no small way, help the economy and the stabilisation of the economy and for us to get out of recession as quickly as possible.”

Okorocha also disclosed that council members commended Osinbajo on the way he has been handling national affairs since President Muhammadu Buhari started his medical vacation.

“The highlight of the whole discussion today was a special commendation that the council made on the Acting President, who we have all resolved to call a system stabiliser given the fact that Mr. President is on medical vacation, the system is still as smooth as it has always been.

“So, we commended the Acting President for a job well done,” he said.

The Bauchi State Governor, Mohammed Abubakar, added that the council received the report of an ad hoc committee set up to study the report of the presidential technical committee of the Land Use Act regulations.

He said, “So, at the end of the day, all the recommendations that tended to tamper with the powers of the governors over control of lands in the state were expunged from the report of the presidential technical committee.

Attempts to get the comment of Jonathan was not successful as calls and a text message sent to his Media Adviser, Mr Ikechukwu Eze, were not responded​ to as of the time of filing this report on Thursday.

But the Ahmed Makarfi-led faction of the PDP said the Federal Government was employing a diversionary strategy to cover up for its failures by accusing Jonathan of discriminating against some states in disbursing ecological fund.

The Publicity Secretary of the National Caretaker Committee of the party, Dayo Adeyeye, said there was no way money would be shared to states based on party affiliations, adding that el-Rufai’s statements needed verification.

He said, “El-Rufai’s state, at the time he was alleging, was governed by the PDP, and it also benefitted from the same largesse, if it existed at all. Former President Jonathan is in the best position to clear this issue. But we know that el-Rufai plays to the gallery and his statements need to be verified.

“It is not possible to dispense money based on party affiliations. These were the same lies and propaganda that this government used to hoist Jonathan out of power. “They are using diversionary strategy again. They have failed for two years and they want to divert the attention and put all the blame on Jonathan.”