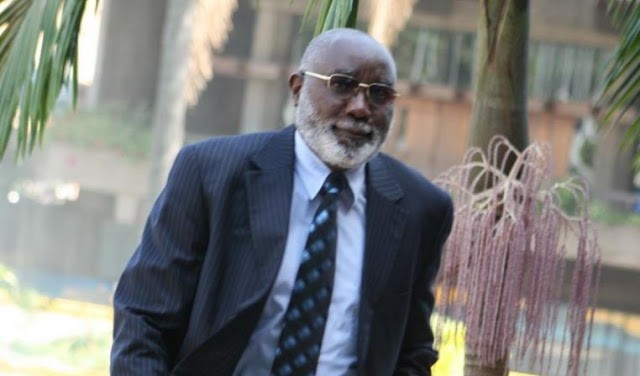 In a move to justify its presence at Nigerian ports, the National Drug Law Enforcement Agency (NDLEA) Friday released figures of its drug seizures in the past 10 years in Lagos.

Muhammad Abdallah said the agency had seized over 15,064 kilogrammes of cocaine and heroin at the Tin Can and Apapa ports since 2006.

Mr. Abdallah said drug barons are targeting the ports for their illicit drug activities but added that the Agency would resist their scheming.

“The seaports are high-risk drug trafficking locations because of the movement of large volume of consignments,” said Mr. Abdallah, a retired colonel.

“Official record of drug seizures at the ports underscores the volatility of the ports in drug trafficking. Since 2006, the agency has seized over 15,064kg of cocaine and heroin at the Lagos ports. The country cannot afford to condone this criminal trade because such huge proceeds in the hands of drugs cartels is threatening.

“We shall continue to screen incoming and outgoing vessels thereby making the ports impregnable to drug trafficking organizations.”

The NDLEA’s release of the records – which comprises 14,813.40kg of cocaine and 251.22kg of heroin – comes amidst a cold war between the agency and the Nigerian Ports Authority.

Last week, the anti-narcotics agency announced it had been included in a list of seven agencies cleared to operate within Nigerian ports following an executive order issued by acting president, Yemi Osinbajo, despite media reports to the contrary.

The agency went further to quote Hadiza Bala Usman, the managing director of the NPA, as making a “clarification” that the executive order included the NDLEA.

On Monday, the warned it would take a legal actionagainst any attempt to exclude it from activities at the ports.

In its latest statement, the NDLEA maintained that presence at the ports is of immense economic and security benefit to the country and that the agency would be alert to frustrate any action targeted at disrupting its operations at the seaports.

“The agency has the approval of the Federal Government to operate at the ports and this onerous responsibility shall be diligently and effectively discharged,” Mr. Abdallah said.

“The NDLEA will take reasonable measures in preventing the seaports from being used for drug trafficking,” he added.

Some of the drug seizures made at the ports within the ten year period, according to the NDLEA, include a 14.2 metric tons of cocaine imported from Chile and intercepted in June 2006 at the Tin Can Island Port Lagos. The drug which was concealed in a shipment of white cement was rated the single largest seizure of cocaine in Africa and fifth largest in the world.

“There is also the celebrated case of 450.400kg of cocaine hidden in processed wood. The drug imported from Chile by a Taiwanese and a Chinese drug baron was intercepted at the Tin Can Island Port, Lagos in July 2010,” said Mr. Abdallah.

“In addition, 137.73kg of heroin was intercepted at the Tin Can Island Port, Lagos in November 2010. The heroin hidden in industrial equipment and sewing threads was imported from the Republic of Iran.

“Cocaine weighing 165kg packed in 150 square parcels inside 38 cartons of floor tiles imported from Bolivia was equally intercepted at the Tin Can Island Port Lagos in January 2011.

“A week later, 110kg of cocaine was detected inside twenty-five (25) packs of floor tiles containing 4 parcels each which originated from Bolivia also at Tin Can port.

“In May 2012, 113.49kg of heroin industrially concealed in three moulding machines imported from Islamabad, Pakistan in a 20 feet container was intercepted at the Tin Can Island Port Lagos in May 2012. The shipment was monitored and intercepted by NDLEA officials at Okota area of Lagos while it was being taken to a private warehouse.”

The NDLEA boss called on port operators to collaborate and support the agency in ensuring zero tolerance for drug trafficking at the ports.